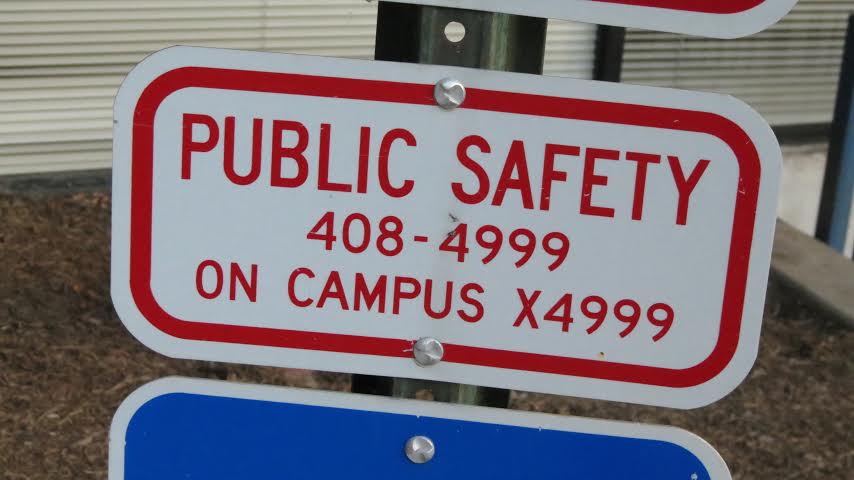 The Oct. 19 on-campus attack of a Wilkes University student has some questioning if security officials notified the campus community soon enough.

Around 6:30 p.m., a female student reported to Public Safety that she was attacked in the alleyway between University Center on Main and 141 South Main Street across from the office of Public Safety. While walking between the two buildings, the victim was stopped by two unfamiliar males. One of the males struck the victim in the face before the two suspects immediately fled the scene, officials said.
Public Safety reviewed footage of the attack, including the victim being struck and the two males fleeing the scene, officials said. Copies of the footage were given to Wilkes-Barre City Police. The two men were identified by police based on the footage. As of Oct. 31, no charges had been filed.

Christopher Jagoe, director of Public Safety, said that usual motives do not seem to have played a role in this case.

“I can tell you it was not robbery,” Jagoe said. “Obviously this was a criminal act, but I don’t think there was any intention to rob or seriously injure the girl.”

While an official alert was sent to the university’s faculty, students and staff, it was not delivered until the following day, more than 18 hours after the incident. Students reported their first indication of the attack was through the anonymous, proximity-based phone application, YikYak. Within minutes of the incident, notice of the alleged attack appeared on the app.

Cofounders of YikYak, Tyler Droll and Brooks Buffington, said they built the application primarily to be the only localized social forum without prior relationships or friendships for the purpose of delivering relevant, timely content to hyper-local areas of people.

“We consistently see regions using the app to call out or discuss breaking news like the incident at Wilkes University,” the cofounders said. “Just like other popular social apps, it provides a space to interact with peers and learn more about what is happening. One of the top reasons we created the app was specifically for these instances of breaking news.”

Droll and Buffington credit their app and its open-forum set-up as one of the “better social platforms” to broadcast information to the largest audience. They encourage the anonymous postings of vital information for those in the community.

“We encourage users to use Yik Yak for this reason when the need presents itself because it’s important for all individuals in a community to be connected and alerted when it comes to emergency situations,” Droll and Buffington added.

While the app is commonly used for reporting and hearing about breaking news, some students are nervous about hearing of violent acts on campus through Yik Yak and similar forms of social media.

“I don’t think you should have to hear about something dangerous occurring on campus through an anonymous social media app,” said Wilkes junior Katie Lawlor. Lawlor was one of multiple students who learned of the attack first through YikYak.

“The fact that Public Safety waited until the day after to say anything about the incident is dangerous because those same two guys could have returned to campus and no one may have heard about what happened to the first victim if it hadn’t been for YikYak.”

Under the Clery Act, public safety officials are required to immediately alert the community when there is an imminent threat to the safety of those on campus.

Jagoe said this type of immediate alert is used only when others are immediately in danger and need quick instruction on how to proceed. He cited possible uses for such alerts as when dealing with an armed gunman, an impending weather event like a tornado or significant structural damage to a building. He did not find the Oct. 19 incident warranted a need for this type of alert.

“For a situation like this, where it is isolated, the individuals had fled the area and there is no determination that there is any ongoing threat to the campus community, I would not put a text alert out. Instead, we followed up with the message to the community,” Jagoe said.

Both Jagoe and Lawlor agree that relying on YikYak for emergency alerts is not in the best interest of those on campus because the reliability of the people posting cannot be verified. Jagoe, who has said a social media presence for Public Safety is possible for the future, sees a danger in the rapid posting of emergency information.

Jagoe urges those on campus to remain aware of their surroundings when walking around campus and the community. If there is anything making you uncomfortable, the director suggests following your intuition and immediately calling Public Safety. If you have any information regarding the incident on Oct. 19, you are asked to call Wilkes-Barre City detectives by dialing (570) 208-4200.