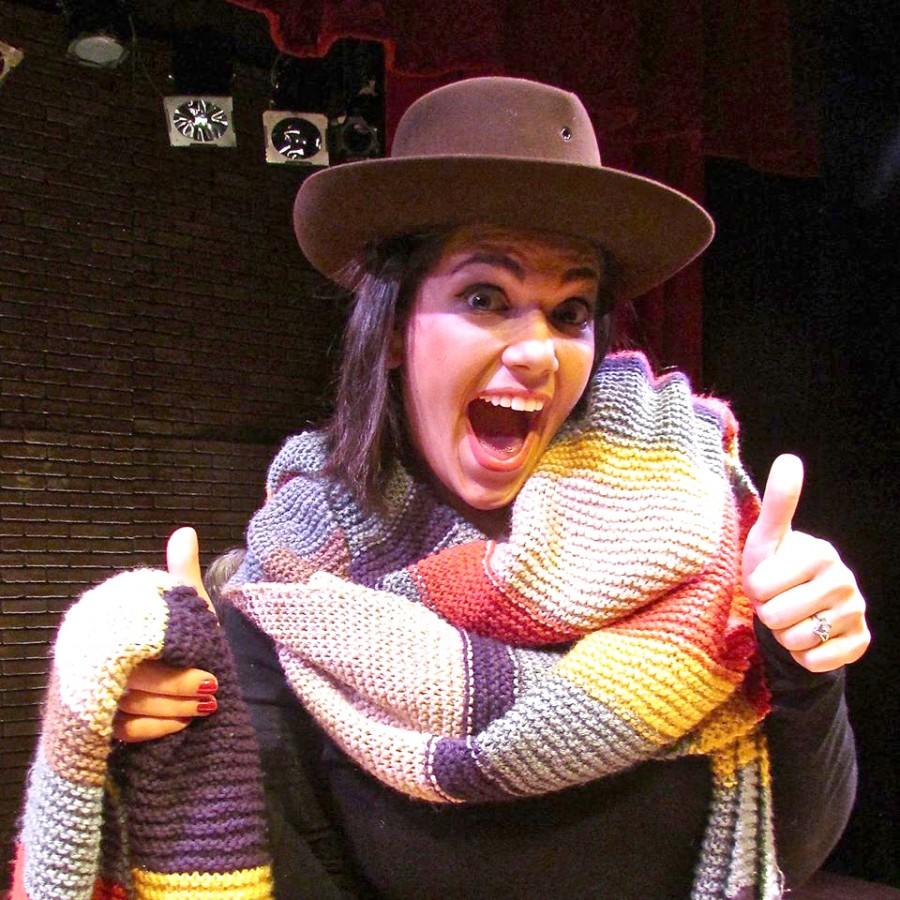 New York City is the mecca of theatrical performance, the home of timeless plays and musicals. For those breaking into the world of theatre, it seems to be the perfect place to get discovered, and one former Colonel has done just that.

Twenty-two-year-old Amanda Thomas graduated from Wilkes in 2015, with a bachelor’s degree in theatre and a minor in dance. Right away, she knew a city would be the best place to get her career started. At first, it was a toss-up between continuing her education and breaking into the theatre world.

“I was thinking to go right to grad school,” Thomas said, “but after doing some auditions and receiving some different educational offers, I decided that I wasn’t ready to take on such a financial burden right away.”

Thomas does plan to eventually get her master’s degree.

As she would soon find out, success was not far away. In February 2016, she joined the cast of the off-Broadway show “Speakeasy: John and Jane’s Adventures in Wonderland.”

Held in the Theater for New York City, the play was a “re-imagined version of Alice In Wonderland set in a 1920s speakeasy,” Thomas said. “The musical explores the topics of racism, 1920’s queer life, sex-drugs-alcohol, prohibition and a giant queer Cinderella-esque ball.”

In the production, Thomas was a member of the ensemble and a dancer. She also was a voice soloist and played saxophone for the cast’s jazz band. “Speakeasy” concluded in March of 2016.

Thomas believes her Wilkes education is what helped her to have an advantage in the competitive world of theatre, and she considers herself more marketable because of her wide range of skills.

“The work I did at Wilkes University Theatre completely shaped the working professional I am today,” she explained. “I not only learned about my acting process and craft, but I am now a carpenter. I can sew. I can read and navigate a ground plan. I can hang and focus lights. You don’t get that in a conservatory as a musical theatre major.”

Thomas believes New York City is the place for her, and said she will always come back to it because it is “the central hub of all the auditions.” Between these auditions, Thomas moonlights at restaurants and works as a substitute teacher. Her main focus is making herself known.

“Auditions happen every day,” she said, “so it’s all about getting my face and name out there, and getting to meet people and to see if I’m right for anything. I cannot wait to see what’s in the future, but I know that whatever it is, Wilkes and everyone who was there with me definitely played a part in it.”