Starbucks and the Christmas cup controversy 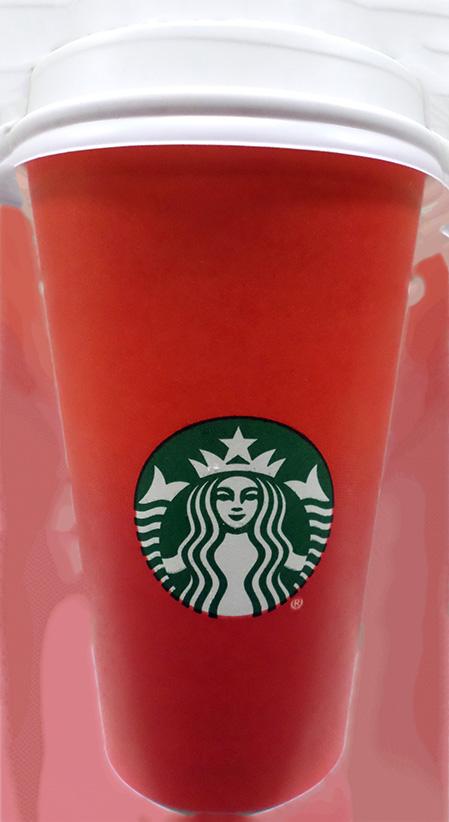 As the temperature drops, many across the nation have been heating up about one company’s decision to keep their seasonal cups minimal.

Starbucks released its annual winter season cup on Nov. 3, which has sparked a nationwide debate. The disposable paper cup, a solid red in color compared to the patterns of past years, has left some wondering if Starbucks may be trying to disassociate with the Christmas holiday while others attest that the company has remained agnostic in its marketing all along.

Jordan McKeaige, a freshman biochemistry student at Wilkes University, said he does not understand the reasoning behind the recent Starbucks boycott forming by those who take issue with the cups.

“They’re trying to appeal to everyone, rather than just those who celebrate Christmas,” McKeaige said. “I don’t understand the relationship between religion and drinking cups, but I’ve seen people absolutely appalled that the cups don’t reference Christmas.”

Michael Zudjelovic is a senior within the Jay S. Sidhu School of Business. He largely agrees with McKeaige.

“To be honest, I really can’t understand what all the fuss is about,” Zudjelovic added. “We have so much going on in the world, and we are worried about what is on our coffee cups? Do people really sit at home, or at Starbucks, and just look for anything to talk about?”

John Lombardo, a student studying law at Widener University, explained that for himself and many others, the cup situation is representative of a larger issue at play for Christians. He notes that the Starbucks cups may be a bad example, but help to shed light on the exploitation of the holiday by corporations who won’t officially acknowledge the holiday.

“They are being offended because one of the most important holidays in their calendar is being exploited for commercial gain, except now we can’t acknowledge the holiday out of fear that we might offend someone else,” Lombardo said. “Christmas, because of its celebration by the majority of people in this country, has become a very Americanized holiday. The trees and tinsel and Santa Claus are all part of the ‘melting pot’ culture that we have so widely cherished in the past. So what happened? Why is it so bad to say Merry Christmas when your business is selling products to exploit the holiday?”

Lombardo, a devout Christian, has a plea for corporations exploiting the Christmas holiday for financial gain without the official acknowledgement of the holiday:

“We are just asking that if you are going to use our holiday to make money, give it the dignity it deserves by saying its name.”

Despite which side of the debate you may find yourself, one thing is for certain: The Starbucks brand has found itself in the spotlight for the beginning of the holiday season. This raises the question of whether or not all publicity, good and bad, is beneficial to a brand.

In a statement released by Jeffrey Fields, the vice president for design and content at Starbucks, the company states that the cup is kept ‘pure’ in color to allow for customers to create their own stories with a red cup that mimics a blank canvas.

“In the past, we have told stories with our holiday cups designs,” Fields said. “This year we wanted to usher in the holidays with a purity of design that welcomes all of our stories.”

The company added, “Creating a culture of belonging, inclusion and diversity is one of the core values of Starbucks, and each year during the holidays the company aims to bring customers an experience that inspires the spirit of the season.”