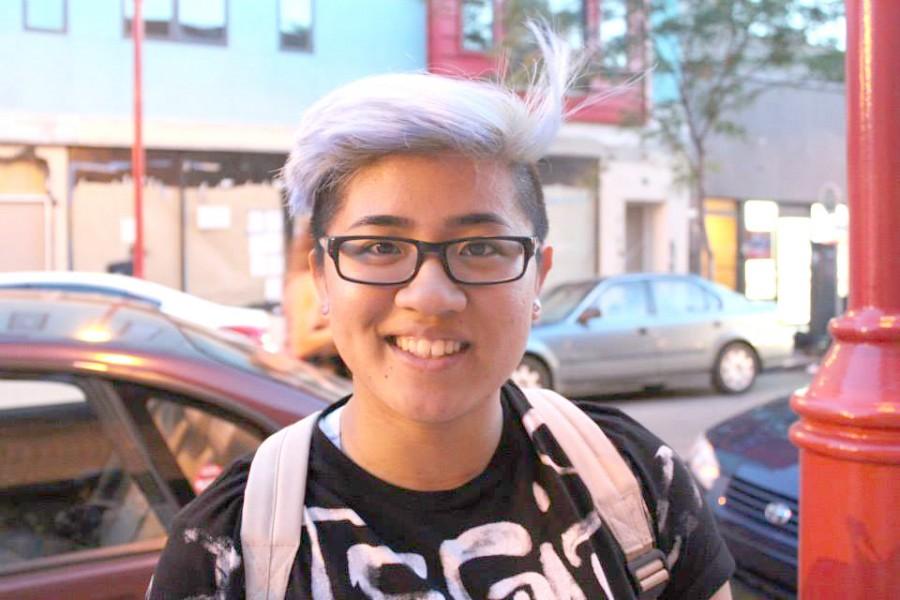 In most ways, junior Elliot DeMesa is similar to the majority of students at Wilkes University. DeMesa enjoys listening to their music a bit on the loud side, losing track of time hanging out with friends and finding the perfect courses within their major, psychology.

DeMesa, who many met as Danica, chose psychology based on a lifelong interest in the human psyche.

“Growing up, I noticed that what interested me most was people and the various ways we all interact with each other,” the junior explained.

DeMesa does differ in one way from the majority of other students roaming the greenway. DeMesa identifies as gender fluid.

Gender  fluid or non-binary  individuals do not exclusively identify as male or female. Instead, they identify as multiple genders, identify as no particular gender or they choose to switch between a combination of all genders.

In many ways, DeMesa said their experiences at Wilkes University are on par with the rest of the Colonel population. The student’s daily routine does differ in one major way, however.

“The main difference between me and many of my classmates comes from getting ready in the morning,” explained DeMesa. “Being gender fluid, I experience body dysphoria, which is feeling like my physical body doesn’t match the gender I am.”

A 2012 survey by the Equality and Human Rights Commission found that as much as 1 percent of the United States population identified as ‘gender variant’ to a degree – more than 3 million people. The causes of gender dysphoria still aren’t completely understood.

“So, depending on how severe my dysphoria is in the morning, I choose whether or not to wear a binder, which looks like a sports bra, but its function is to flatten breasts to make a female look like they have flat chest, therefore more masculine. I choose how feminine, masculine, or neither I feel comfortable looking that day.”

Ruby Rose, actress and model, has been making headlines since their role in season three of “Orange is the New Black.” Rose is gender fluid in real life.

“Gender fluidity is not really feeling like you’re at one end of the spectrum or the other,” Rose said in an interview with Elle magazine. “For the most part, I definitely don’t identify as any gender. I’m not a guy; I don’t really feel like a woman, but obviously I was born one. So, I’m somewhere in the middle, which in my perfect imagination is like having the best of both sexes. I have a lot of characteristics that would normally be present in a guy and then less that would be present in a woman. But, then sometimes I’ll put on a skirt”.

DeMesa’s gender identity also plays a part in the way they present themselves in the classroom.

“Being gender fluid makes it difficult for me to have to identify as a girl in class. I don’t feel comfortable yet telling my professors, and consequently telling strangers in class, that I have a preferred name and pronouns,” DeMesa said.

The classroom is an environment in which DeMesa feels uncomfortable at times.

“What tends to happen is something like the professor splits the class into teams of boys and girls, and I don’t feel comfortable having to choose girls,” they explained. “Just because I’m a female, it doesn’t mean I’m a girl.”

They also find an issue with the use of generalizations within the classroom, including insulting comments regarding sexual orientation and gender.

Outside of the classroom, the student’s experiences have been more comfortable.

“The RA staff has been very supportive in using my preferred name (Elliot). I’ve noticed that it’s a little harder for people to get into the habit of using gender-neutral pronouns, but I really appreciate when people use them,” they added.

DeMesa, who also identifies as lesbian, said they find that sometimes identifying as a queer person is a political statement.

“It’s a sort of sign of bravery to admit that you’re queer and you’re willing to show people that you exist,” DeMesa said. “I do it both for those who haven’t had much experience with queer people and for those who are queer and feel like there’s no one else out there like them. I’m very active on campus, so if I’m possibly helping a closeted person see that there are other queer people at Wilkes that they can connect with, I’m all for it.”

DeMesa does this by volunteering and taking part in LGBTQ+ related activities and wearing various patches on their jacket. They said the spotlight is often pointing in their direction, but it is often because they put themselves there.

Identifying as something other than a hetero/cisgender student has some advantages according to DeMesa.

“A lot of people don’t or can’t take the perspective I do, as a female who is gender fluid, a lesbian, and Asian,” said DeMesa. “Bringing my experiences and perspective to class, I hope, opens others to seeing that there are queer people close to them and that we don’t have the privileges that cishet people do.” 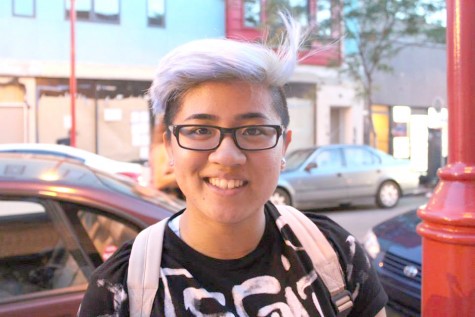