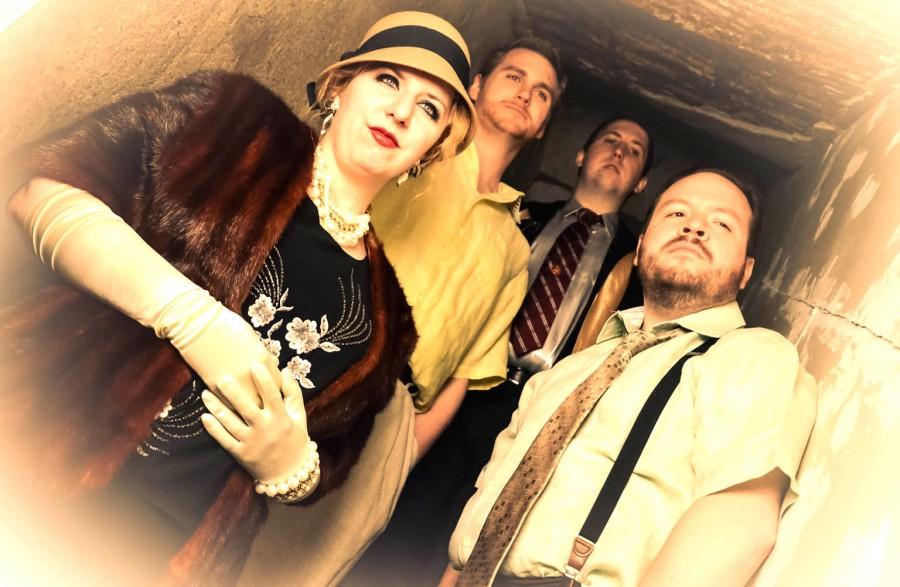 While individuals are fasting this Lenten season, the city of Wilkes-Barre is indulging itself in theatrical entertainment by rolling out the red carpet for a very special guest: Jesus Christ.

The Little Theatre of Wilkes-Barre picked an appropriate time to perform their production of Jesus Christ Superstar.

The community theatre will become the town of Jerusalem for the two weekends before Easter, as the musical cast takes the audience through the dramatic acts following the arrival of Jesus of  Nazareth.

Little Theatre, located on 537 North Main Street in Wilkes-Barre will be holding its opening night on Saturday, March 21st at 8pm with a $20 admission.

Director Dana Feigenblatt is enthusiastic to be directing the musical that she had previously performed at the Music Box back in 2004.

Feigenblatt, aware that Jesus Christ Superstar is a popular musical that has been produced numerous times throughout the area, has taken the opportunity to set her show apart from others.

“We’re going for a modern 20s vision with the costumes and the props,” reveals the director, wanting to do “something out of the box and different.”

Actors in the musical will be sporting a variety of fashion, Dana explains, “from glamourous flapper looks, to everyday wear, to some of the more rich-wear.”

“Since the show is so crowd-based, we wanted the people to look from all different walks of life, as a crowd would be”

Feigenblatt is confident that her hard-working cast will masterfully represent these characters, as the forty men and women range from ages 15 to 66.

Chris O’Neal, 38, of Terre Haute, Indiana, is about to perform for his first time in twenty years as the character Judas, his “dream role.”

Prior to his involvement with Little Theatre of Wilkes-Barre, O’Neal’s theatre experience had been limited to high school plays, which he had been cast lead roles in.

He knew it was time to get back into performing when he found out that a local theatre was putting on Jesus Christ Superstar.

Chris is most excited about performing Judas’s death scene, which will deviate from traditional performances of the musical.

“Traditionally, he hangs himself, but we’re doing this play in a 1920s style, so the way that he dies is going to be a little bit of a surprise.”

Now that Chris O’Neal is back from his performing hiatus, audiences can expect to see more of him in upcoming local productions.

More familiar with being part of a Jesus Christ Superstar cast in community theatres is 52-year-old Michael Rahl who will be performing in the musical for the fourth time in ten years.

“I started as an apostle and moved my way up to Caiaphas,” says Rahl.

This particular production is different from the actor’s previous experiences, in part, because of  his role as Caiaphas.

“It’s weird to be the villain—but fun… I’m the guy that takes in stray animals and opens up my house for people when they have nowhere to go, and now here I am saying, ‘Jesus Must Die!’’ laughs the actor.

Rahl is most excited for the audience to be blown away by the gifted cast of Jesus Christ Superstar, giving special attention to the vocal talent of Chris O’Neal.

According to director Dana Feigenblatt, the audience can “expect to see a Superstar unlike they’ve ever seen before.”