Service with a smile not always easy: A declassified look into the associate and customer relationship 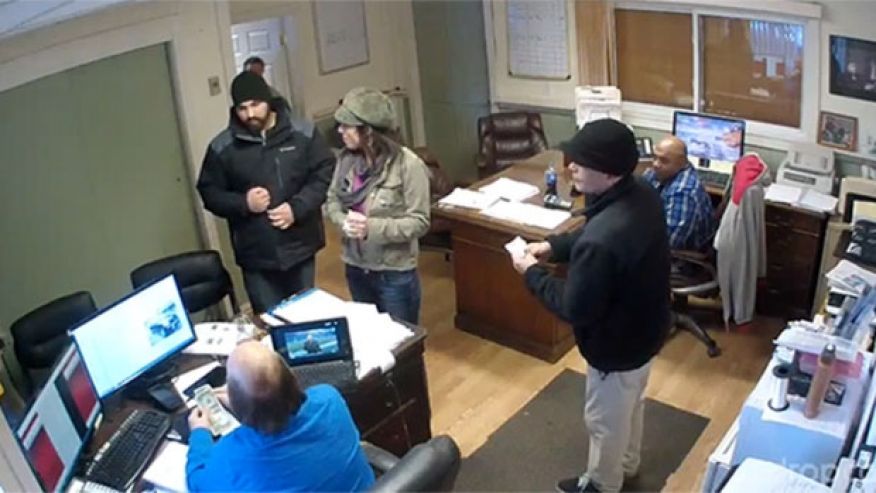 After a video of a car dealership berating their pizza delivery driver went viral, some at Wilkes University are reminded of the real-life situations they have faced working in the service industry.
Last week, a video of the interaction between a pizza driver and several car dealership employees made national news after thousands online expressed outrage for the way the driver was treated. The driver was forced to return what he thought was a tip, given the nature of the extra bills handed to him. The extra amount totaled about seven dollars. When the driver went to return the cash, he was approached with sneering comments and threats of physical violence for attempting to ‘steal’ from them.
Although the car dealership denies uploading the video, the footage is from their own security cameras and was originally posted with the title “irate pizza driver”.
Kathryn Roshong, a senior English major at Wilkes, recalls some similar situations during her time working for a large-chain grocery store. After working in the store for nearly two years as a cashier, she is no longer a stranger to the cruelty some customers may have.
Roshong, who said she took the job in order to afford living off-campus, has seen a number of customers she describes as less-than-perfect. One frequent patron in particular stands out to the Wilkes senior as someone consistently cruel and unusual to her and her co-workers.
“He would enter my line and try to brush up against me,” explained Roshong. “He’d call me ‘baby’ and things like that and it was not okay.”
The customer’s behavior did not end there, however. He has made attempts to fight with the employees after their shifts for, what Roshong explained, “looking at him the wrong way”.
Roshong also remembers an encounter with another customer, in which she was called a variety of unpleasant names for placing tomatoes in the same bag as tortillas. According to Roshong, the customer demanded the manager to make Roshong apologize.
Roshong had a number of stories in which customers made her feel uncomfortable. She has become accustomed to these situations and has developed habits for handling them.
“If it gets bad enough, I’ll turn to co-workers to talk about the situation,” Roshong shared. “Some situations call for me talking things out with my manager, though. At the end of the day, you really just have to be able to laugh and shrug it off. It’s a part of the job.”
She also added that the there are plenty of nice, cheerful customers to balance any negative experiences and that she does, in fact, enjoy her job.
Though the delivery driver was given more than $30,000 in tips from outraged online viewers, there is an entire world of other people who deal with customers. This viral video may serve as a reminder of the karma that awaits those who abuse the associate-customer relationship.