Apple CEO comes out after the iPhone 6 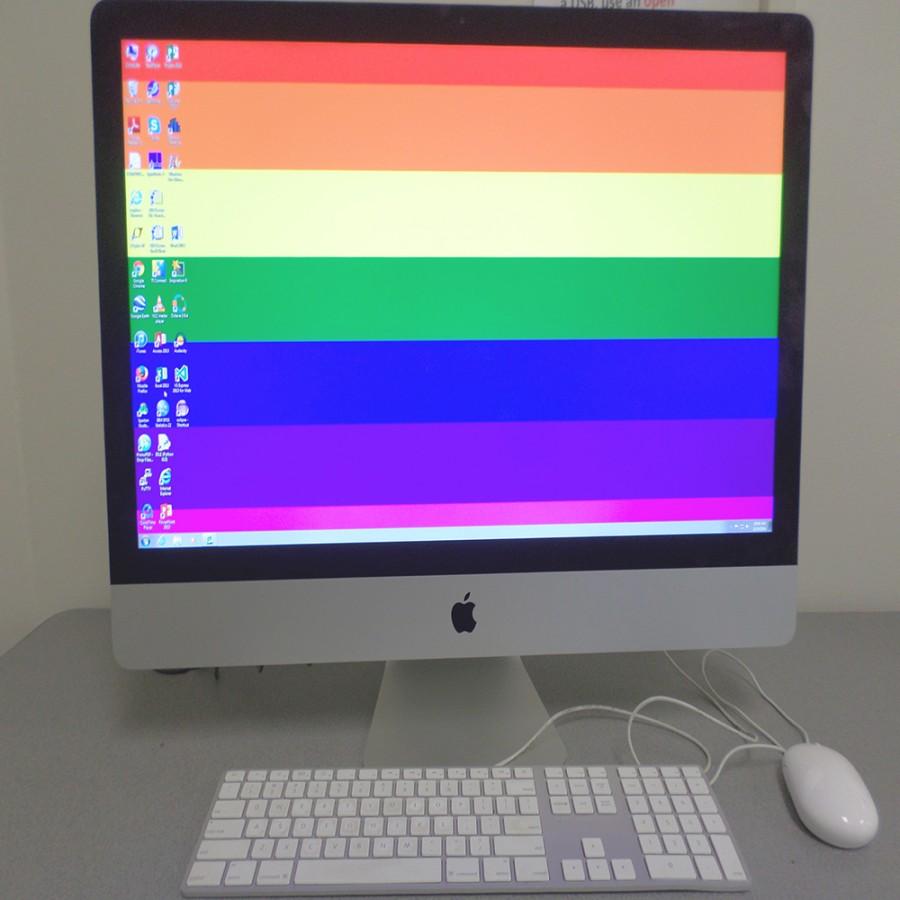 Tim Cook, proclaimed as one of the world’s most innovative people and successor to a company that brought upon a technological revolution in itself,  came out that he was homosexual to the public on Oct. 30.

The Apple CEO came out for the first time according to CNN via an essay that was published by Bloomberg Businessweek. In the essay Mr. Cook wrote, “Let me be clear: I’m proud to be gay, and I consider being gay among the greatest gifts God has given me…”

It is not that much of a step in such a wild direction as some may think. Many CEO’s and higher-ups of companies have come out in recent years such as, Christopher Bailey of Burberry, Nick Denton of Gawker Media Group, Robert Greenblatt of NBC Entertainment, Robert Hanson of BP and even Nike’s chief information officer Anthony Watson.

Although reports paint the picture many people already knew that Tim Cook was gay, coming out publicly brought a brighter more comfortable light when it comes to gay advocacy; a light that has been recently shining bright in the media.

What does Tim Cook and all of these other CEO’s and higher-ups have anything to do with gay rights advocacy at all? Well, when Wilkes professor and advisor for the Gay-Straight Alliance Dr. Helen H. Davis was asked what Tim Cook’s coming out meant for the LGBT movement she stated:

“It is wonderful when members of the LGBT community who are in important positions are open about their sexual orientation because it sends the message that being LGBT is not anything to hide. As is the case with any minority group, representation is powerful.”

Davis went on to explain, “Tim Cook is CEO of one of the world’s largest, most important companies. He is successful and widely respected; he also happens to be gay. Because of his position of power, he and many people who are LGBT choose not to be open about their sexual orientation in the workplace for many reasons.”

The irony in this predicament is that many states have laws to protect members of the LGBT community.

“In Pennsylvania, for example, it is still legal to fire someone for being LGBT, so there is still potentially a lot at stake in coming out. By coming out, Tim Cook sends a positive message to his own employees, and hopefully to other companies and to the community as a whole,” Davis said. “It is always important to have positive role models. Also, the more people who are brave enough to come out, the more common and accepting it will hopefully become.”

Cook has said that he and Apple as a company plan to back LGBT rights for as long as he lives essentially.

The fact that a figurehead of a powerful company came out as homosexual affects the whole business world.

It even hits home at Wilkes University. Wilkes is a university that has many groups that serve to support and raise awareness for the LGBT community.

One such group is the Gay-Straight Alliance.

“I think it means that students have another positive, successful role model, this time in a powerful business position,” Davis said. “I hope that it gives them courage, strength, and hope that acceptance of the LGBTQA community will continue to grow.”

Instances such as Cook’s coming out simply helps to pave the way to not just gay rights but all minority rights to the path of equality.