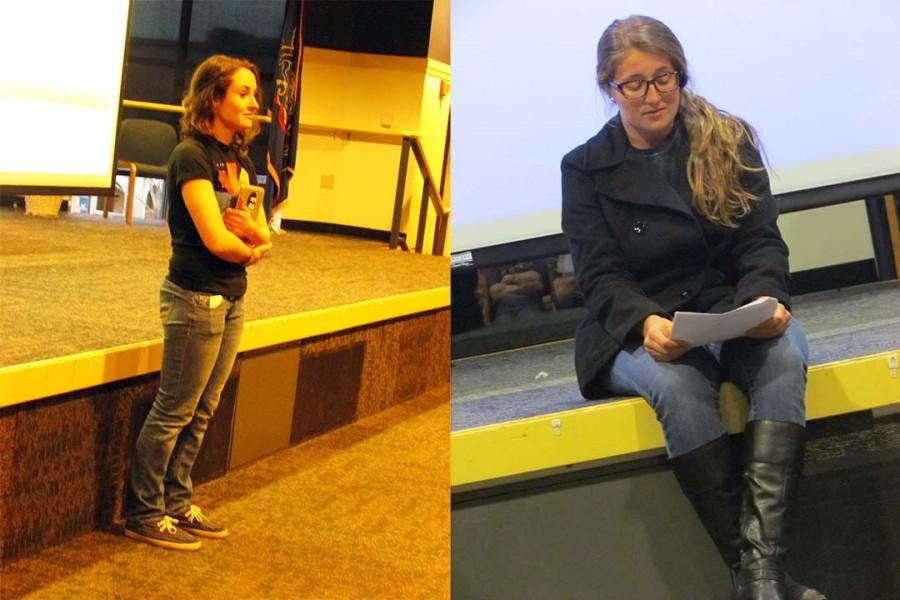 “If someone gave you a mic for 20 minutes, what would you say to the world?”

That’s what sophomore integrated media major Lyssa Scott is seeking to learn with her three-part event, Tearing Down Fences, which comes to a close with its final installation on March 25.

Sponsored in part by the Multicultural Student Coalition, Tearing Down Fences is a group-discussion type event where students are encouraged to get on stage, open up to the audience and share stories, secrets and experiences.

Scott said that as a society, we have become increasingly separated from one another and we tend to put up barriers between those around us.

“We create the illusion that we all have it together. It makes us put our guard up higher, our skin thicker … .It’s vulnerable to take that down and say ‘my life isn’t perfect,’” she said.

“We get caught up in that a lot, but when we realize nobody’s normal, everybody kind of opens up. When you open up to people, your relationships cease to be shallow and become deep.”

Scott, who spoke at the second session, talked about some of her own problems growing up, including her parents’ divorce, anxiety problems and the death of her father. Though she kept her light-hearted attitude throughout her presentation, sniffles could be heard around the room as those listening shed unashamed tears.

The criers weren’t alone – speakers and listeners throughout both of the events so far were seen with teary eyes, like those who witnessed Tyheed Jackson, a sophomore criminology major, speak the first night.

Jackson, who spoke about his mother’s battle with cancer, later discussed the experience of opening up to a crowd of people:

“It was hard. I don’t like opening up to people but I felt like it was time,” he said. “ … but it felt good. I feel better than I was before I talked about it … .I feel like it gives people motivation to break out their feelings. It’s not good to hold things in, and that’s one thing I learned.”

“I’ve always internalized everything, and it feels good to let it out,” echoed senior mechanical engineering major Jordyn Miller. Miller shared stories of her loved ones suffering from depression and self-harm, and said she hopes that her stories might help someone listening: “Maybe people in the audience can relate, and realize things are going to be okay.”

Sharing might help the release of emotions, but Scott said it can also help build better relationships.

“When you talk about that stuff, that’s how you become true friends with people … you know how to better help and get along with the people around you,” she said.

Those who participated have vocalized the want for more of this behavior.

“We’ve put up fences, and we don’t allow people to know who we are,” Dominick Ronaldi, junior psychology major, said before he spoke about the fire that destroyed his family’s home.

“But we should take the first steps and get to know somebody. You shouldn’t paint their fence a different color. I think the world would be a better place.”

The final event takes place at 7 p.m. March 25 in the SUB ballroom. For more information, or to sign up to speak, students can contact Lyssa Scott at [email protected]es.edu.