Terror On The Screen reinvented as Young At Heart 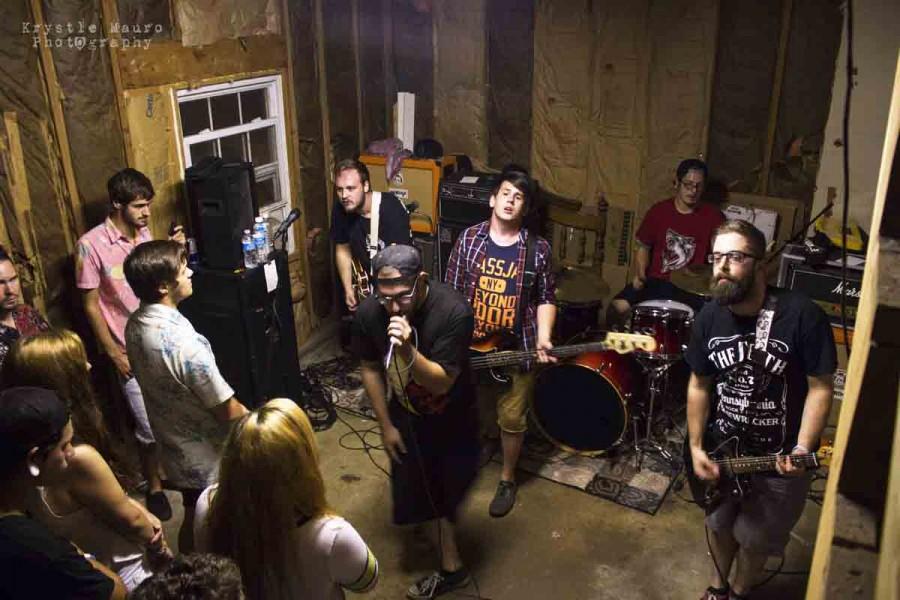 Young at Heart are here to stay after breaking a near three-year silence.
The Scranton pop punk outfit, originally known as Terror on the Screen, formed in October 2008 when vocalist George Yurchak and guitarist/vocalist Chris Ventura came together with several other local musicians.
The band, after gathering a strong local following, released an EP in 2009 and began pushing their music as much as they could.
Following the release of the EP, the band played their hometown Warped Tour two years in a row, in addition to opening up for notable bands like New Found Glory and Cartel.
Between their high profile shows and constantly increasing fanbase, Terror on the Screen seemed poised to take the plunge and become the next big thing in Pennsylvania pop punk. The next few years, however, would prove troubling. Between financial, familial and inner-band issues, the music was put on the backburner while the members tried to sort out their lives.
“Everybody had their own issues with their families,” Yurchak said. “We love writing music and everything…but when it comes down to being there for your family and working, you’ve got to do what you’ve got to do.”
“Money was a big [problem],” Ventura said. “Our van died. We had to buy a new van to even play shows and make money. [There were] a bunch of line up changes…everything hit, and we just didn’t bounce back.”
After staying relatively quiet and working full-time jobs for three years, the band decided it was either time to call it quits or change something.
With a new and finalized line up (consisting of Yurchak, Ventura, bassist Kyle Williams, drummer Jerry Bruno and guitarist Eddie Collins), the Scranton five-piece rebranded themselves as Young at Heart – a name the members all said embodies the spirit of the band.
“This is our outlet,” Ventura explained. “We all work a nine to five. We’re not old, but we’re in our mid twenties. This is our chance to be ourselves, to joke around, to play music and not care.”
“Knowing that we had a three year gap between albums…If there was a time to [change the name], that was the time,” he continued. “[We wanted to] put out the album, do a mental reset and start over.”
The band’s self-titled EP, which draws from Drive-Thru Records era pop punk such as Midtown and Senses Fail, is a five-track debut that Williams described as much more structured than the band’s previous work.
Between 40 hour a week jobs, various side projects (Ventura and Collins own Adamant Clothing, and Yurchak runs a DIY studio), and other realities of an adult world (such as Ventura’s recent engagement), themes of struggle and redemption are prevalent through the five tracks.
As the band explained, they seek to use these concepts — concepts they feel that everyone can relate to — to help fans.
“I love to help people, and if I can help people with my lyrics that’s even better,” Yurchak said. “As long as we can keep making an impact on people, and keep making them feel better, we’ll stick by [the band].”
“We just try to relate to people,” Williams said. “Even if we play a show to four kids, if we can get those four kids in a good mood and make them forget about their day, that’s the coolest thing to be able to do.”
Young at Heart’s EP is available for sale at YoungAtHeartPA.com.