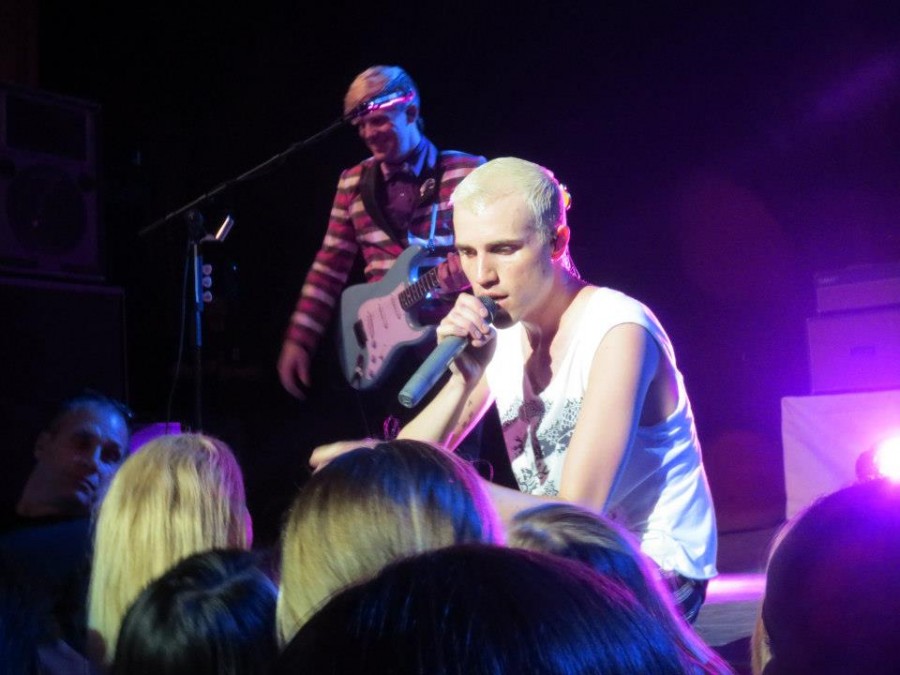 It is true what one says: Everybody talks!

That is what concertgoers were in for when Neon Trees performed for the annual Programming Board Spring Concert, held Monday, April 8 at the F.M Kirby Center.

The band was selected after a campus-wide ballot was sent out earlier in the year, in which students voted on which singer or band would be chosen for the spring concert. Neon Trees was selected based on having the most number of votes and was announced at Pizza Wars on January 24.

The concert started out with opening group 21 Pilots, which got the crowd’s energy revved up. The energy reached a peak height when Neon Trees took the stage, performing various songs including, “Animal,” “Lessons in Love,” and “Everybody Talks.”

In an interview with The Beacon, the band said they were happy to be performing in Wilkes-Barre and excited for the show.

“It is exciting to play a theater this size,” drummer Elaine Bradley said. “There’s always so much character when you play a theater so it’s kind of fun to be at the venue.”