Wilkes musicians are ready to have a ball, literally 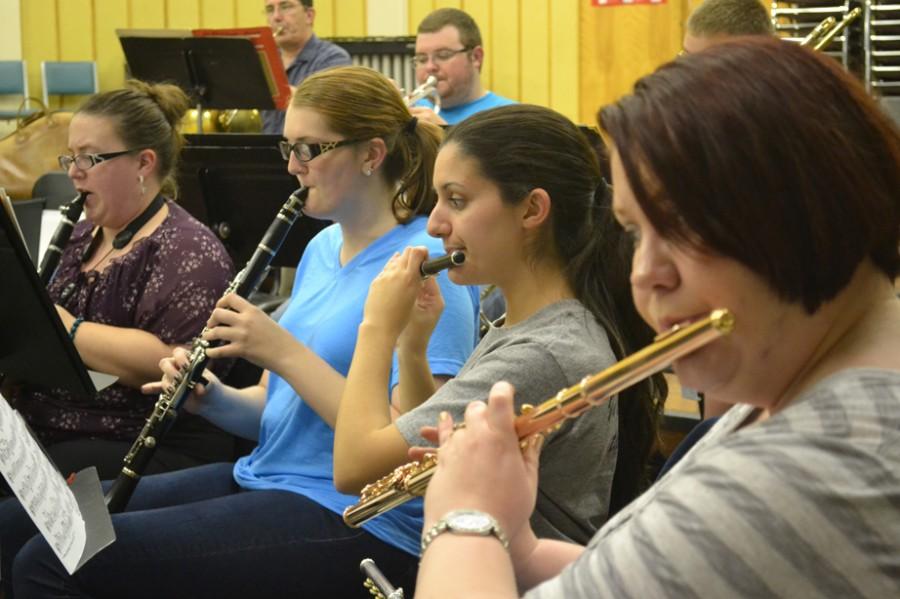 For those involved with any of Wilkes University’s various musical groups, there’s more than holiday shopping and finals to prepare for this winter.

On Saturday and Sunday, Dec. 1 and 2, the Wilkes University Chorus and Chamber Singers will team up with the Robert Dale Chorale for a pair of performances at St. Luke’s Episcopal Church in Scranton and St. Stephen’s Episcopal Church in Wilkes-Barre. The Flute Ensemble and the Jazz Orchestra will also perform on Saturday, Dec. 1, and Thursday, Dec. 6, respectively. And on Sunday, Dec. 9, the Civic Band will present a free concert called “Made in America,” focusing on music composed by Americans and immigrants who made their home here.

Of course, all of these undertakings cost money, which is why proceeds from one unique new event will go directly toward funding the music program at Wilkes.

On Saturday, Dec. 8, from 7:30 to 11 p.m., the Chamber Orchestra will perform as part of a “Viennese Ball” on the main stage in the Dorothy Dickson Darte Center for the Performing Arts.

“This will be a grand ball,” Philip Simon, associate professor of music and director of the orchestra, said. “We’re going to have a Viennese castle backdrop and chandeliers. We’re serving beer and wine for people over 21, we’re serving snacks. People will be able to sit at round tables and they will be able to dance to the waltzes of Johann Strauss Jr. – we have about 10 waltzes we’re going to play throughout the evening – some polkas and other European styles of dance music, as well as a little 1920s style ballroom dancing.”

Simon himself will also perform with his Lehigh Avenue Jazz Quartet, playing more modern ballroom dance music from the 1930s through the ‘70s. Ballet Northeast will also perform a demonstration of a stylized waltz, after which they will offer to teach interested attendees how to dance the waltz themselves.

Tickets for the event cost $7.50 for current Wilkes students with valid ID and $15 for the general public. For $60, attendees will receive two tickets, program sponsor designation, have their names listed in the program and also receive four beverage tickets and free snacks.

“We’re seriously in need of money for various things in the music program,” Simon said. “It’s a risky experiment, but there’s enough of an audience out there for this kind of music, enough interest in this region for people to come out and dance to this music, that I think (this event) will be successful.”

Ever the educator, though, Simon emphasized that equally important to him is the chance the event offers to broaden the musical horizons of the student body.

“What I’m hoping for more than anything is that we can get some students involved and interested in coming in contact with this music, learning to the dances, perhaps becoming somewhat of a life pursuit, something they like doing on a regular basis.”