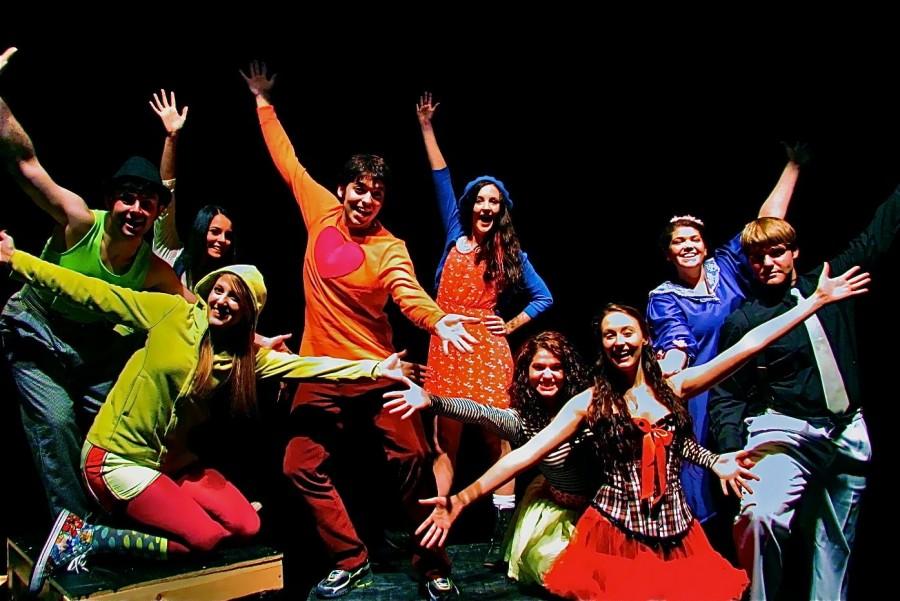 A timeless tale combines with contemporary style this weekend, when “Godspell” takes center stage at the Dorothy Dickson Darte Center for the Performing Arts as the latest production of Wilkes University’s Performing Arts Department.

“Godspell” presents the Gospel of St. Matthew in an unconventional way: Jesus Christ joins a group and together they spread the word of God by re-enacting biblical parables to the background of pop, rock and rap music.

Starring as Jesus is Cassidy Conroy, a junior theater arts major. Conroy – who attended Nativity B.V.M. High School, a Roman Catholic school in Pottsville, Pa. – noted that, yes, filling the part was somewhat daunting, but his own faith helped him tremendously.

“I could find the same morals to relate back to the part,” he said in reference to his religious background.

Though tackling such a weighty figure as Jesus Christ was a challenge for Conroy, the actor has good faith behind him.

“I think he is going to do a good job,” Naomi Baker said. “He has the right balance of humility because he’s not really an egotistical performer, and I think that’s going to work right for this part.”

Like Conroy, Baker said her religious background helped her connect with the script. Nevertheless, Baker asserted that audiences don’t have to be religious to find “Godspell” entertaining.

“I would encourage the audience to look beneath the surface to the growing relationship and how the stories affect the characters behaviors,” she said. “(Godspell) has got great stories in it, it’s got music in it and whether you actually believe in Christianity or not doesn’t affect your enjoyment of the show”

“Godspell”, Baker said, offers a high energy and an assortment of musical numbers – by “Wicked” composer Stephen Schwartz – brought to life by the a cast expressing immense enthusiasm and flamboyance through their characters.

“A lot of it is their creation, I just guided them,” she said. “It’s the same basic idea, but with just a little twist, our own little twist.”