From jazz to punk: Diversity on display at Wilkes, Misericordia film fest 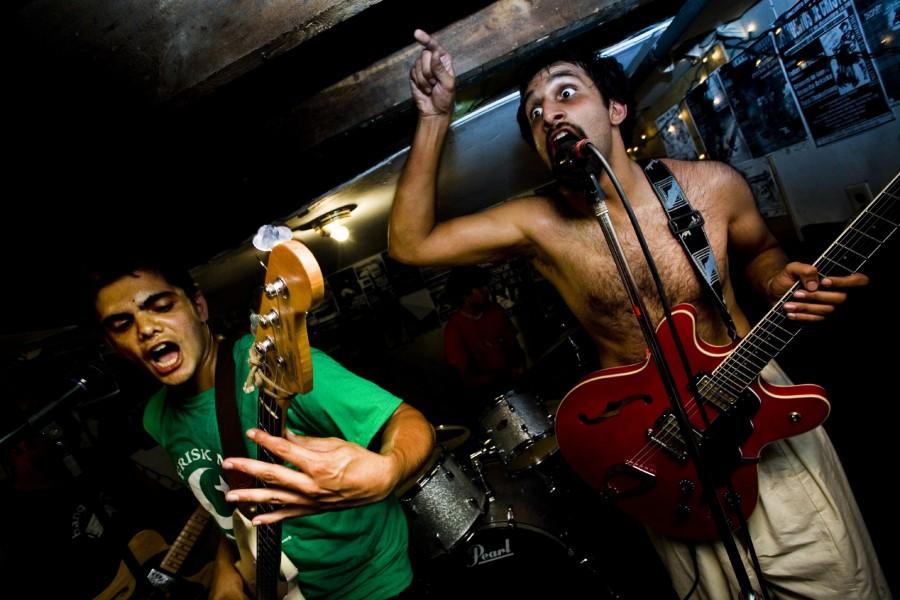 Godlove Fonjweng grew up in Cameroon, a country in west Central Africa. Music was a part of his daily life. In church, in school, in traditional ceremonies; music was woven into the very fabric of his formative years.

In 1999, Fonjweng – currently director of global education at Wilkes University – visited Cartagena, Colombia. While touring the surrounding areas, he traveled by boat to a small community nearby. What he found surprised him, for, in some ways, it was like coming home.

“When I came out of that boat and was walking around, I noticed that everything around me seemed oddly familiar, as if I’d been there before,” he recalled.

“There were little kids with shorts and no shirts trying to sell little things along the beaches, and there was this music in the background. I recognized it. I realized someone was playing Cameroon music, right there in this small place in Colombia. I was not expecting that. It was so unbelievable.”

It’s an example, Fonjweng said, of the way music connects us all.

Recently, he was reminded of that experience while screening “Sons of Benkos,” a documentary highlighting the influence of African culture in Colombia. It is one of six international music-themed documentaries that will be shown as part of the Cultural Lens Film Festival being held this week, on Thursday, Friday and Saturday, Oct. 25, 26 and 27, as a joint offering of Wilkes and Misericordia University.

To kick off the event, Fongjweng will team with Philip Simon, associate professor of music at Wilkes, for a special presentation at 5 p.m., on Thursday, which will precede the first documentary in the series, “Return to Goree.”

“Human beings recognize four important things about music: melody, harmony, rhythm and form. Every music from around the world takes all of the ways it is constructed, presented and performed from generally three or all four of those elements,” Simon said.

“Hopefully the presentation will educate the audience as to what folk music is, what national music is – or music that has a nationalistic scope – and how most musics around the world are tied together by certain common things.”

Speaking of things that are “tied together,” while this marks the third year of existence for the Cultural Lens Film Festival, 2012 is the event’s first as a collaboration between Wilkes and Misericordia. Previously, it was hosted only by Misercordia.

Before coming to Wilkes as associate director of diversity affairs in 2011, Erica Acosta spent three years working at Misericordia. There, she and Daniel Kimbrough, assistant professor of communications at the school, originated the film festival as a tool for multicultural education.

“It was my baby over there,” Acosta said. “When I came here, I still wanted to maintain that relationship and also build something more unified, with our students getting to meet their students, all in the spirit of inclusion and diversity.”

In that sense, the festival’s growth into a now intercollegiate offering reflects its central mission. So too does as this year’s theme of “Music Without Borders.”

Nick Driscoll is director of the Wilkes University Jazz Orchestra, the rhythm section of which – consisting of two percussionists, one guitarists, one bassist, one keyboardist and Driscoll himself on saxophone – will perform in the Henry Student Center Lobby as part of the festival’s closing reception, taking place at 7 p.m. on Saturday.

“Using music to show diversity is absolutely wonderful,” Driscoll said. “You could take four people from the four farthest corners of the Earth who couldn’t communicate verbally at all, put them together, and they could play a tune together. Music is a language.”

Although the festival’s closing reception will take place on the Wilkes campus, the six films preceding it are being divided evenly between the two schools’ locations. For Wilkes students interested in attending any of the screenings held on the Misericordia campus but unable to provide their own transportation, Acosta stressed that free transportation via SG Van will be available.

At press time, Acosta said that there were 28 slots available, but if more than that were to RSVP, she added that she would be able to accommodate. Students can RSVP all the way up the day of a screening, but advanced notice is preferred.

The Cultural Lens Film Festival film schedule is as follows…

“Return to Goree” (2007)
6 p.m., Oct. 25
Lemmond Theater, Misericordia
The musical road movie that tells of African singer Youssou N’Dour’s epic journey following the trail left by slaves and by the jazz music they invented. Youssou N’Dour’s challenge is to bring back to Africa a jazz repertoire.

“One Voice” (2011)
5 p.m., Oct. 26
McGowan Hall, Misericordia
A film that tells the story of the Kamehameha Schools Song Contest. Every year in Hawaii, 2000 high school students compete, with young leaders directing their peers in singing Hawaiian music in four-part harmony.

“When I Rise” (2010)
7 p.m., Oct. 26
Stark Learning Center (Room 101), Wilkes
A gifted black music student at the University of Texas is thrust into a civil rights storm that changes her life forever. Barbara Smith Conrad is cast in an opera to co-star with a white male classmate, fueling a racist backlash from members of the Texas legislature. When Barbara is expelled from the cast, the incident escalates to national news.

“Jazz, Episode 3: Our Language” (2000)
12 p.m., Oct. 27
Marts Center (Room 214), Wilkes
In the 1920s, jazz is everywhere, and for the first time soloists and singers take center stage. We meet Bessie Smith, Empress of the Blues; Bix Beiderbecke, the first great white jazz star; and Benny Goodman and Artie Shaw, for whom jazz offers a chance to escape the ghetto and achieve their dreams. Plus, Duke Ellington  and Louis Armstrong.

“Taqwacore: The Birth of Punk Islam” (2009)
3:30 p.m., Oct. 27
McGowan Hall, Misericordia
The film follows an American convert named Michael Muhammad Knight and his kindred spirits on their first U.S. tour, where they incite a riot of young hijabi girls at the largest Muslim gathering in North America after Sena takes the stage. The film then travels to Pakistan, as Michael begins to reconcile his fundamentalist past with the rebel he’s become.

“Sons of Benkos” (2003)
6 p.m., Oct. 27
Marts Center (Room 214), Wilkes
A documentary that explores the African culture of Colombia through music. The film presents the music of the Sons of Benkos, one of the most important black leaders in the fight for freedom during the times of slavery in Colombia. The film also shows the evolution of Afro-Colombian music over time through the fusion of Cuban and contemporary African rhythms with traditional music.