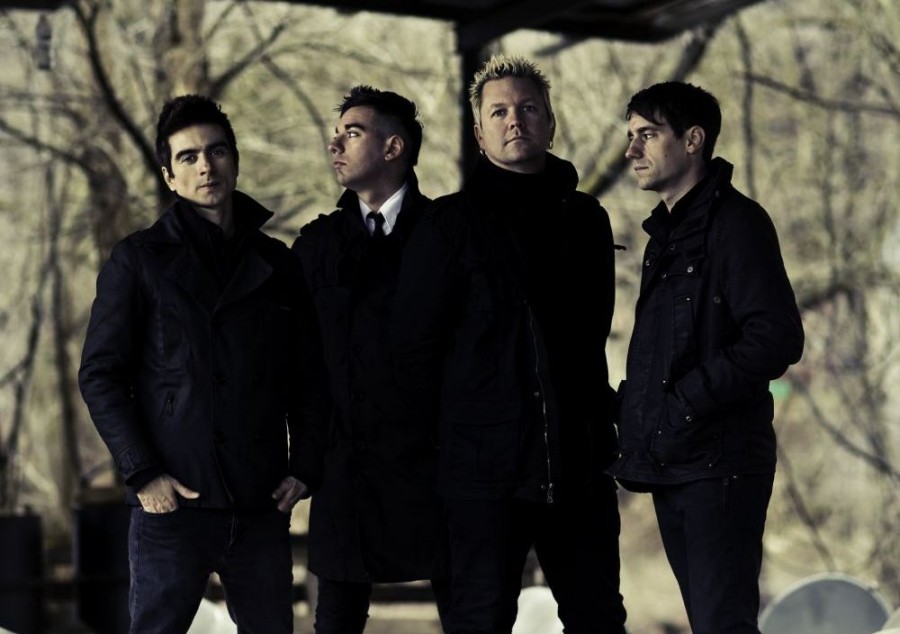 Since the 1997 release of Anti-Flag’s debut album “Die for the Government,” the Pittsburgh-based punk group has gained a reputation for being a “political band,” openly voicing their support for groups such as Amnesty International and Greenpeace.

Likewise, the band has performed everywhere from the steps of the Minnesota State Capitol, in opposition of the 2008 Republican National Convention, to the middle of New York City, in support of the Occupy Wall Street protests.

Still, guitarist Chris Head insists that, regardless of the causes the band supports, the message at the heart of Anti-Flag is a relatively simple one.

“Whether it’s just going to school and hearing someone throw homophobic speech around or whether it’s going to your job and your boss is an asshole but you feel like you can’t say anything to him because he’s your boss,” Head said, “with our songs, what we try to do is give people some solace.”

Sixteen years since “Die for the Government,” Head and the others members of Anti-Flag – singer-guitarist Justin Sane, bassist Chris #2 and drummer Pat Thetic – are set to release their 9th full-length studio album. Titled “The General Strike,” it is due out Tuesday, March 20.

Before that, however, the band will perform at Wilkes-Barre’s Redwood Art Space on Saturday, March 10, supported by The Flatliners and Have Nots.

Talking about “The General Strike,” Head explained that, following Anti-Flag’s departure from major label RCA Records and the release of their 2009 album “The People or the Gun” on independent label SideOneDummy Records, the band members found themselves contemplating just what defines Anti-Flag.

“Maybe there are others who have a similar agenda that we do, but I don’t think many people approach that in a fashion similar to the way Anti-Flag does. Whether for better or worse, with Anti-Flag you know you’re going to be getting a band that is writing songs that are standing up to racism, sexism and homophobia,” Head said.

“We felt like, in 2012, there aren’t really any bands that sound like Anti-Flag so let’s just be confident and make the best-sounding Anti-Flag record we can make. That’s what ‘The General Strike’ is.”

To give fans a taste of “what ‘The General Strike’ is,” everyone who attends any of the Redwood show will receive a free download card featuring three songs from the album as well as two exclusive unreleased tracks.

“When we picked the songs that we thought were right for the record, we were left with a few more,” Head explained. “We figured the basis of the band is the live show and the people who come out to the live show. So why not reward them with these extra songs?”

Admission for the Redwood Art Space concert on Saturday, March 10 is $15. Doors open at 7 p.m. For more information, visit anti-flag.com or redwoodartspace.tumblr.com.