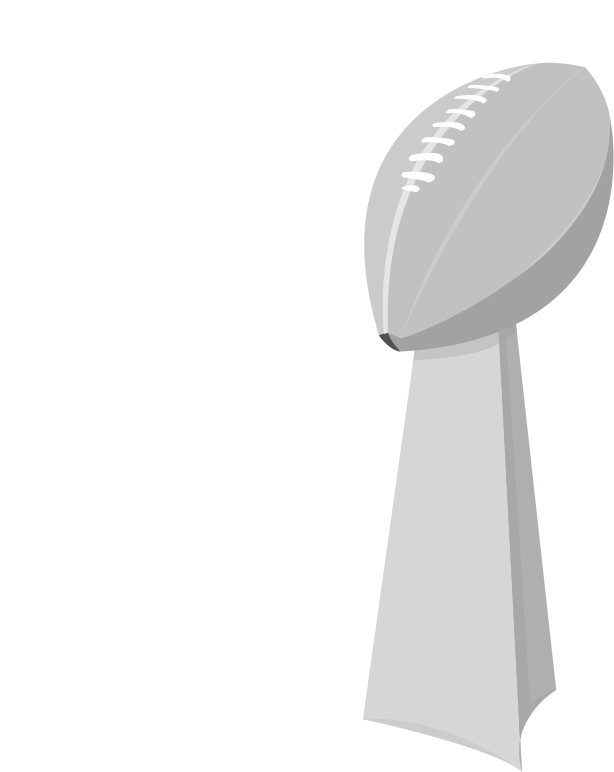 With an abundance of offseason moves, there are plenty of questions going into the 2020-2021 NFL season.

Tom Brady to Tampa Bay was the talk of the NFL offseason, as the 20-year veteran enters his 21st season with a new team for the first time in his career. He joins a Tampa offense with plenty of weapons, including Mike Evans, Chris Godwin and returning Rob Gronkowski.

Last year’s most valuable player Lamar Jackson will look to bounce back from an early playoff elimination to the Tennessee Titans, meanwhile Super Bowl MVP Patrick Mahomes looks to add another Lombardi trophy to his mantel, after signing a $500 million contract this offseason.

With a spectator-less and uncertain season on the horizon, our sports staff made several predictions as to what this season will entail.

Sleeper Team
Dylan Mehl: “My sleeper team for the upcoming NFL season is everyone’s hype team from last year, the Cleveland Browns. I see the Browns having a bounce-back season, following a disappointing 6-10 record last year. I smell a playoff berth in this team’s future with another year for Odell Beckham Jr. and Baker Mayfield to develop a connection, an improved defense and a new coaching situation.”

Ariel Reed: “I am taking the Colts as my sleeper team behind the new veteran quarterback Philip Rivers. This is the best offensive line Rivers has had, and giving someone with his IQ that amount of time with the Colts’ weapons, has to equal success.”

Chris Gowarty: “The Pittsburgh Steelers are my sleeper team for the 2020- 2021 season. The Steelers are finally back to full health on the offensive end, and with a top tier defense to back them up, there are big things in this team’s future.”

Baylee Guedes: “Pittsburgh is my sleeper team; a healthy Ben Roethlisberger and JuJu Smith-Schuster back together will create an offensive connection that was missing from last year’s team. The other offensive weapons in James Conner, Diontae Johnson and James Washington will help to create an elite offense this season.”

Bust Team
Dylan Mehl: “The Dallas Cowboys are my bust team this season for many reasons. There is so much hype around this team that they can’t possibly live up to expectations; however, I will double down on this and project them to miss the playoffs this season with a tough schedule, new coaching staff and over-hyped defense holding them back.”

Ariel Reed: “The Tom Brady-less Patriots are my bust team for several reasons. They lack offensive weapons and have multiple players sitting out on the defensive end due to COVID-19.”

Chris Gowarty: “I do not believe in the Patriots offense this year under Cam Newton and do not see them succeeding. I don’t trust Newton in the Foxborough weather conditions, especially with an offense lacking weapons.”

Baylee Guedes: “The Packers and Aaron Rodgers fall off this season, and we see a huge decline in Rodgers’ play. While some of this is due to Davante Adams being Rodgers’ only receiving option, I do think this is the beginning of the end for Rodgers.”

Bold Predictions
Dylan Mehl: “The Houston Texans will become the sixth team in NFL history to have three wide receivers over 1,000 yards receiving.”

Chris Gowarty: “Tom Brady will have over 5,000 passing yards and 35 passing touchdowns.”

MVP
Dylan Mehl: “Yes, it is the chalk pick, but I am going with Mahomes. He and the Chiefs have the best offense in the NFL with weapons like Travis Kelce, Tyreek Hill and Sammy Watkins. Mahomes’ stats are sure to impress. The team will be winning games, and there is no voter fatigue as Jackson won the award last year.”

Ariel Reed: “Back-to-back MVPs are incoming for Jackson. I predict he will lead his team to a 15-1 record this season, locking up the one seed in the AFC. The dual-threat quarterback’s stats are going to be out-of-this-world again.”

Chris Gowarty: “Mahomes is my MVP for the upcoming season, and he really is the easy pick. The quarterback of the number one offense in the league is going to prove why he got paid this offseason.”

Baylee Guetes: “My MVP this season is Russell Wilson. With an improved defense behind him, I think Seattle’s team is good enough to carry an MVP player in voters’ eyes. With how talented Wilson is, he is my choice.”

Super Bowl
Dylan Mehl: “I am taking the Baltimore Ravens to win Super Bowl LV over the Tampa Bay Buccaneers. The Ravens have the most complete roster in the league, and after an embarrassing playoff exit last year, this team behind Jackson and John Harbaugh will be on a mission. As for Tampa Bay, I believe Brady proves he still has it with a team full of weapons but will come up short.”

Ariel Reed: “The MVP Jackson will also win his first Super Bowl this year, as the Ravens defeat the 49ers in the big game. Jackson will lead an explosive offense to a narrow win over San Francisco.”

Chris Gowarty: “My Super Bowl prediction is that the Pittsburgh Steelers will play the Tampa Bay Buccaneers, with Pittsburgh capturing yet another Lombardi trophy. This team is my sleeper team for a reason, and I see them going all the way behind a healthy offense and a top-three defense in football.”

Baylee Guedes: “I am taking Brady to win his seventh Super Bowl, as I have Tampa Bay winning over the Pittsburgh Steelers. Brady has too many weapons this year to not succeed, and he will prove his doubters wrong yet again.”

Rookie of the Year

Defensive Player of the Year