The Beacon: Male Athlete of the Week Feb. 9 to Feb. 16 Why Tyson Araujo was selected: Araujo recorded a seven-point week. He earned a hat trick, one of which was on the power-play, alongslide a pair of assists in Wilkes’ 6-2 victory over Neumann. Then, he followed up that performance with a pair of goals against Manhattanville, including a critical third period goal. Araujo earned the UCHC Player of the Week and MAC Offensive Player of the Week honors following his performances. 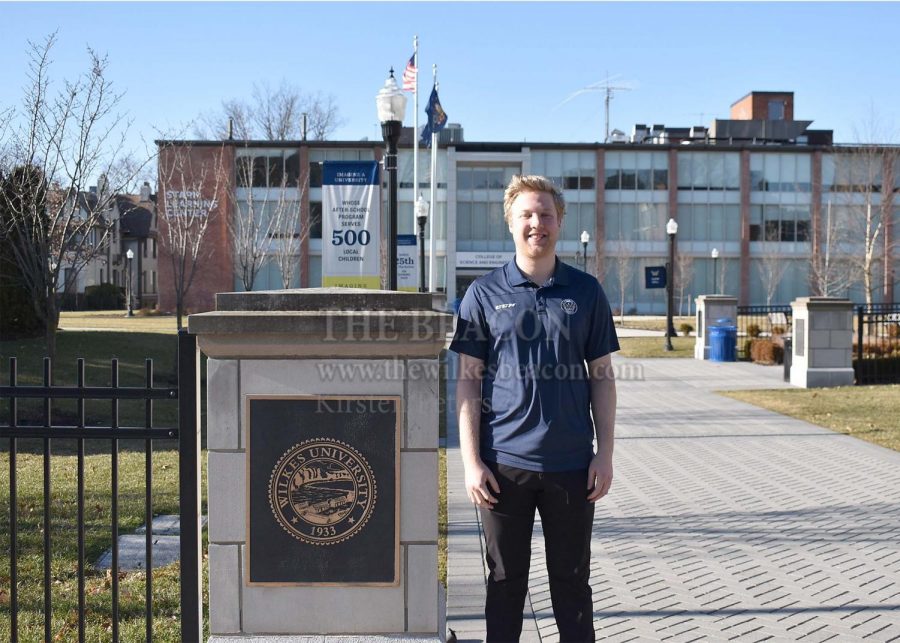 I really liked the hockey program and coaching staff.

I hope to get a job managing a sports facility or team.

My hope for this season is to win the UCHC.

I began playing at five years old because my brother played, and I wanted to be like him.

My favorite thing to do is score on Brandon Gordon.

I would love to see more students at our games.

Outside of hockey, I enjoy going out to eat and watching movies.

To me, “Be Colonel” means acting as a senior military officer.