The Beacon: Female Athlete of the Week Feb. 9 to Feb. 16 Why Ashley Burkhardt was selected: In Wilkes' first contest of the season, Burkhardt recorded four goals within the first 25 minutes against Bryn Athyn. Her game-high four goals helped the Colonels secure a 15-0 shutout over the Lions on Feb. 15. 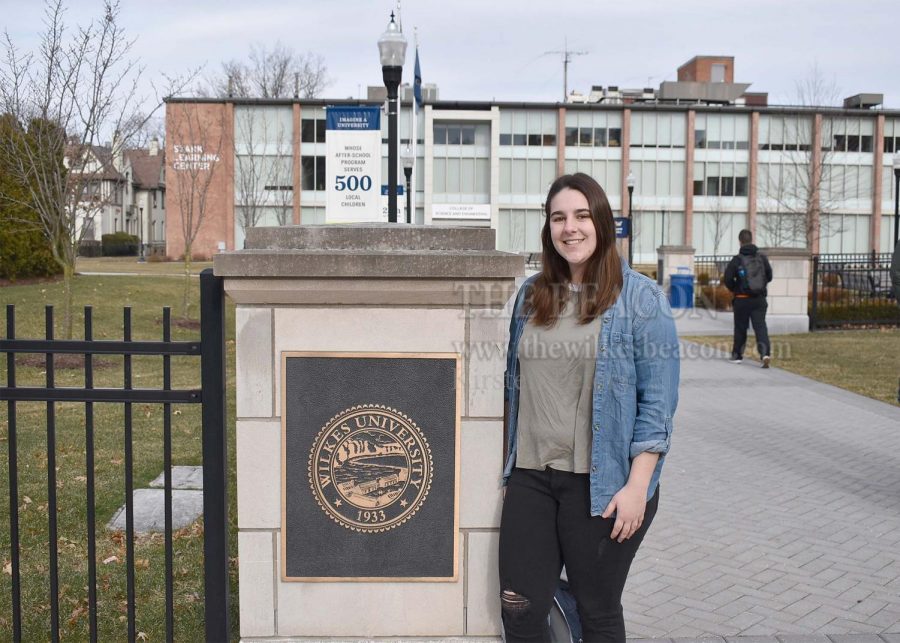 I was motivated to come to Wilkes because of the size of the campus and how personable everyone on campus is.

After I graduate, I aspire to work in the field of social work.

I started playing at eight years old. I started because my brother played lacrosse also, and I thought it would be fun to try, too.

Right now, I have nothing I would change about our program.

Outside of lacrosse, I enjoy watching movies.

My parents have been equally influential.

A chicken caesar wrap from the POD.

To me, “Be Colonel” means to always do the best you can and work hard to succeed!