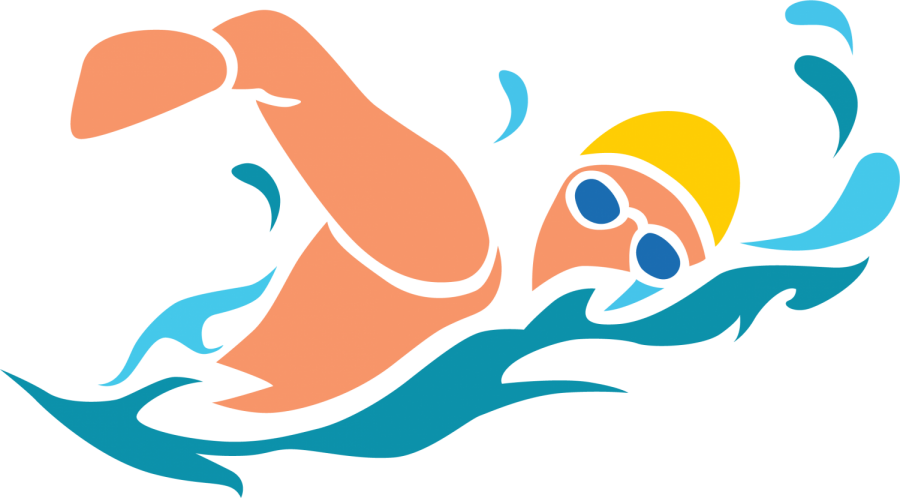 Wilkes’ swim team is bracing for the final stretch of their season as they prepare for the MAC Championships. Both teams are coached by second-year head coach Thomas Limouze, and he has definitely noticed some improvements throughout his first year.

“The biggest thing that is different is that I know everyone on the team now,” Limouze said. “Even the freshmen and first-year swimmers because I got to know them through the recruiting process. This made it easier to get started this season, and has just given me a leg-up on where I was last year.”

The men’s team has had a solid season in the pool, going 6-3 overall in dual meets and 3-2 in conference contests. The team also had a solid showing at the Diamond Invitational in November, placing fourth out of 11 teams. Senior captain Tyler Weatherby credits the team’s success to their versatility in events.

“The team’s biggest strength this year is how well-rounded our team is and how willing we are to swim different events,” Weatherby said. “This allows our coach to have a wider range of options when planning for meets.”

This versatility has allowed Limouze to put his swimmers in the best position to win events and earn points. Many Wilkes swimmers have dropped considerable time off of their events, and many are looking to get even faster at the upcoming MAC Championships.

Sophomores Joey Antolick and Trey Harloff, junior Justin Burda along with Weatherby have had several individual wins and top finishes at meets throughout the year. The team’s success throughout the season has led to some high hopes for the MAC Championship this year.

“I think we have a good chance to move up in the conference standing this year,” Limouze said. “There’s lots of variables in a big meet like MACs, but I think our guys have a shot at moving up.”

In swimming, invitationals like the MAC Championship are scored differently than dual meets, and depth is extremely important. With a deep and versatile team, it wouldn’t be a shock to see the Colonels move up a few spots and even place higher than some teams that they may have lost to in dual meets.

“My expectations for the upcoming championships are to see everyone swim fast times and to see podium finishes in some events,” Weatherby said. “The team has been working really hard in practice, and I would love to see their hard work pay off with big times drops from everyone.”

As a team, Wilkes is looking for individual success and hoping it leads to team success.

“My expectations for MACs include placing high as a team in the conference, as well as placing high individually,” Harloff said.

If everything goes the way the team envisions, the Colonels could be in line for a big weekend and a top place in the conference.

The women’s team has struggled with numbers and depth throughout the year, but they have still been able to produce some solid performances throughout the season.

The Colonels swam their way to a 3-7 dual meet record, going 1-5 in conference dual meets. At the Diamond Invitational in November, the Colonels took fifth place out of 11 teams. The team’s record may not be an accurate indication of the talent on the team, simply because Wilkes only has nine members on the squad.

Swimming is a sport where depth and versatility are extremely important for a variety of different events and limited numbers can cost a team more than a few meets.

“Although we may not win meets due to our low numbers, everyone on the team has qualified individually for the MAC Championship meet,” senior Kyleigh Smeltzer said. “Having everyone qualify for MACs is always a big goal for the team.”

However, there have been some standout performers for the Colonels this season, even with the absence of numbers. Both personal records and school records have been shattered throughout the season, and several swimmers such as junior Abby Keating and sophomore Alexa Crossgrove find themselves with individual wins or podium finishes.

“The team this year has really improved in practice ethic and motivation,” Keating said. “We have really grown as a team and as a whole.”

The Colonels will look to translate this improvement into individual success at the upcoming MAC Championships.

“One of my goals for the women’s team was to set some new records, and we have done that,” Limouze said. “Another goal is for them to have more point-scorers at MAC Champs, and I think that goal is really shaping up for next weekend.”

Lofty goals have been set, and each swimmer wants to cap off their season with a great finish.

“As a team, the women are looking to best individual times and get on the podium where we can,” Smeltzer said. “Personally, I’m looking to qualify for finals in the 200 breaststroke.”

Both teams will look to reach their goals and demonstrate their improvements as they travel to compete in the MAC Championships from Feb. 13-16.