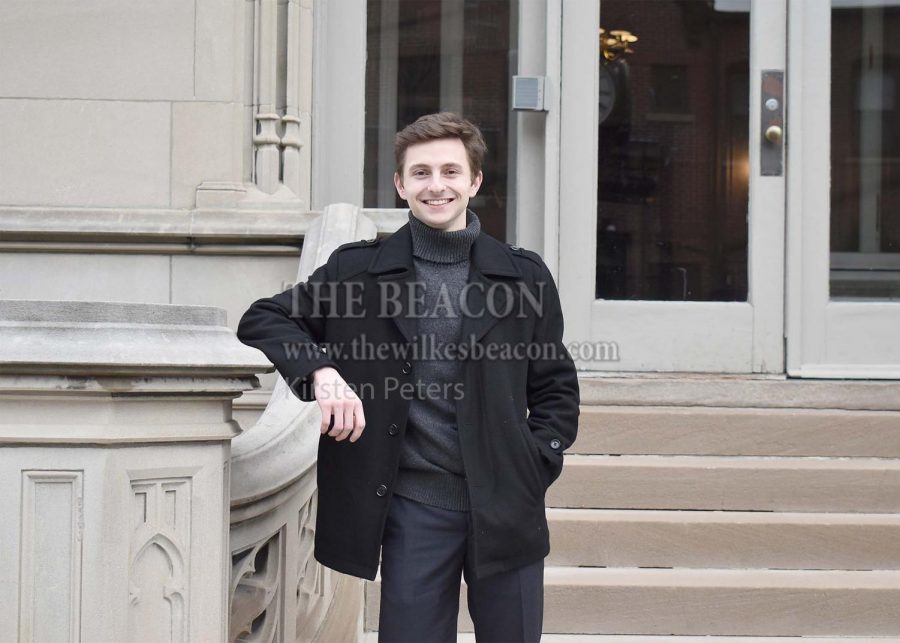 Getting the chance to be a part of a program that had such a high level of success in its first season was a tremendously special and exciting opportunity. The culture that Coach Hynes and Coach Riley built was impressive. Being able to play college hockey while getting an education has always been a dream of mine.

I would like to continue my hockey career and possibly play professionally overseas. The majority of my family lives in Europe, and I think it would be a great experience. After that, I would like to pursue a career in business and live a comfortable life.

Kirby Hall. The classrooms are very unique, and it’s a nice change from the usual classroom setting.

My hope is that we carry our momentum from the regular season into playoffs. We have already achieved a lot of the goals we set for ourselves at the beginning of the year, but we still have bigger goals in mind.

When my parents first immigrated to the U.S., they lived in Pittsburgh. This is where my dad fell in love with the game. As soon and my brother and I were old enough, he had us give it a try because, growing up in South Africa, he never had the chance to play.

I enjoy spending time with friends and family. I am also really big into music, and I play guitar and piano.

My parents. It’s not fair to just pick one when they have both been so instrumental in making me the person I am today. I am able to pursue my dream of playing college hockey and continuing my education knowing that they will be right there supporting me every step of the way.

Alan Watts. I think it would be  interesting to see what he has to say about the state of the world now.

Dr. Charnetski. I loved his Psych 101 class, and I am now minoring in sports psychology as a result.

Something from the pasta bar at the SUB with some ice cream for dessert.

“Be better than you are. Set a goal that seems unattainable, and when you reach that goal, set another one even higher.” – Herb Brooks

“Be Colonel” means doing the right things in the classroom, the rink and in the community.

My friends and family back home.