Remembering Kobe: How The Beacon reacted to losing an icon 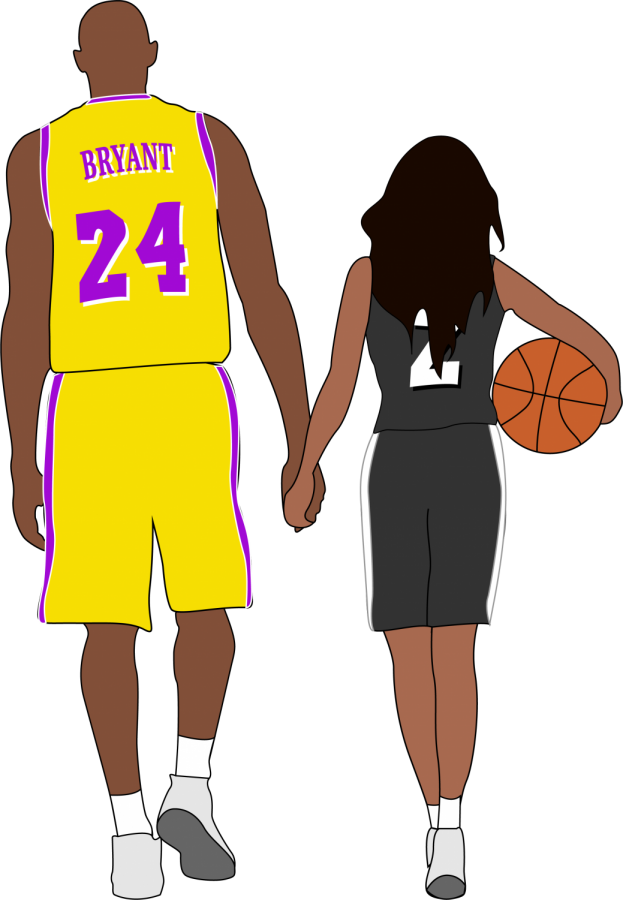 In our Athlete of the Week questionnaire, athletes answer the question: “If you could have dinner with a favorite person from the past, who would it be?”

In 2020, I never thought that question could be answered with Kobe Bryant.

Yet, here we are.

After the tragic passing of Bryant, his daughter Gianna and seven others, the nation appeared to be reeling with emotions – giving individuals a reminder to be grateful for one’s family and friends.

For many, Bryant’s legacy stretches far beyond the court or his “Mamba Mentality.” His influence as a husband and a father to four girls was arguably his proudest achievement.

Although the majority of our sports staff has memories of Bryant from his impressive basketball career, my favorite memory strays from the norm and deals with one simple gesture: a handshake.

Like Bryant, O’Fallon was an inspiration to young basketball players and simply athletes in general, while being a family-man as well.

After getting wind of O’Fallon’s coaching philosophy and the commendable relationships he was able to build with his players, Clarkson invited O’Fallon and eight of his players onto her show.

But Clarkson had a trick up her sleeve involing the NBA great. The doors flew open and there came Kobe Bryant down the steps and onto the stage.

The importance here isn’t that Bryant came to meet an impactful coach and his group of young men, but rather it’s what Bryant did before he even sat down.

First, Bryant shook O’Fallon’s hand and embraced his other arm around him – a gesture that was expected.

Instead of taking his place next to O’Fallon, Bryant went around to each of the eight players and shook hands with all of them – a feat that I found to be a greater testament to Bryant’s character and legacy than any stat I could report.

Bryant filled the room with “What’s up, young man? How you doing?” while shaking their hands and pulling them each in for a pat on the back.

Although it might seem simple, this memory was one of the first things I thought of after hearing of Bryant’s passing.

The takeway here is that Bryant was more than a natural talent, an overachiever or a record-breaker — he was human. And one that individuals across the globe could relate to for more than just sports-related reasons, even with something as simple as a handshake.

I didn’t start to follow basketball until I was halfway through high school. At that point, Kobe Bryant’s career was almost over, but that didn’t stop me from growing up and seeing what he did.

I have always been a big sports fan and during the height of Kobe Bryant’s career, it was impossible to watch a sports highlight or talk show without seeing him.

Bryant was someone that everyone looked up too and it is hard to think about basketball without him.

Bryant’s influence stretched past basketball fans. He grew into a public figure and kids everywhere would say his name as they threw garbage away, trying to copy his signature fade away.

I was one of those kids, and I was not even a basketball fan, which is why the passing of Bryant stings because he touched everyone, not just basketball fans.

Without Kobe, I don’t know if I would have become a basketball fan or even a sports fan in general. I still remember staying up late as a kid, watching him and his Lakers play in the Finals for three straight years from 2008-2010, eventually winning two. His performances turned me into a Lakers fan, but more importantly, a basketball fan and a sports fan.

This quote perfectly sums up Kobe’s work ethic and demeanor, something that has been dubbed the “Mamba Mentality.”

The Mamba Mentality is all about never giving up and never being satisfied, and it’s not limited to just basketball. It’s how I’ve tried to tackle almost everything in my life from school to cross country to work.

Kobe himself has said he applies it to other areas of his life. In a conversation with ESPN analyst Reese Davis, Kobe said he didn’t miss the NBA because he woke up every morning and attacked his business ventures with the same ferocity as he did basketball.

To me, that’s why Kobe is someone who is so much more than a basketball star who got me hooked on watching the game.

He’s an icon who gave us a blueprint on how to follow our passions and never stop until we’re the best we can be. His advice and lifestyle transcends basketball and has inspired many people both in and out of the game.

He will be greatly missed, but his impact and legacy will still stand.

I spent my entire childhood watching Kobe Bryant play basketball. I vividly remember the nights where I would sit in front of my TV for hours upon end waiting for gametime to watch the Black Mamba.

His death made me put life into perspective and made me grateful for the things I have.

Growing up, my dad was probably the biggest influence on my basketball career. He and I would spend countless hours on the outdoor courts by my school.

Reading about Kobe and his daughter’s passing at the same time on their way to a basketball game made me think of all the memories that I have made with my dad through basketball.

It brought me to tears. It made me realize that not everything I have is guaranteed.

I realized that I never really told my dad that I was grateful for the time that he spent with me on the court. That day I texted him to let him know I was thankful for what he did for me.

Tell the people who you love that you love them because you never know when you may lose them.

A legend, a superstar and a father. These are all ways one could describe the late, great Kobe Bean Bryant.

Kobe touched the hearts of many across the world, and I am no exception to that. To me, Kobe was and idol for both his on and off the court mentality, making him an elite competitor.

This served as inspiration to myself and many others to take control of our lives and chase our dreams with that same ferocity.

Kobe changed the game of basketball by bringing back a  competitive edge and stopping at nothing to win — to prove to his fans, the other players and legends that he was the best.

My favorite on the court memory of Kobe came after he won his fifth NBA championship. His celebration was so raw and full of emotion. That image of him standing on the scorers’ table, both arms out with game ball in hand, is everlasting.

Perhaps more inspiring was Kobe Bryant’s work as a father after he retired from the game of basketball, in which like everything he does, he excelled at the highest level.