The Beacon: Female Athlete of the Week Jan. 12 to Jan. 19 Why Madalyn Kelley was selected: Against DeSales, Kelley recorded a double-double with 15 points and 11 rebounds. Two days later, she tallied 12 points and seven rebounds against Eastern, allowing her to average 13.5 points and nine rebounds on the week. 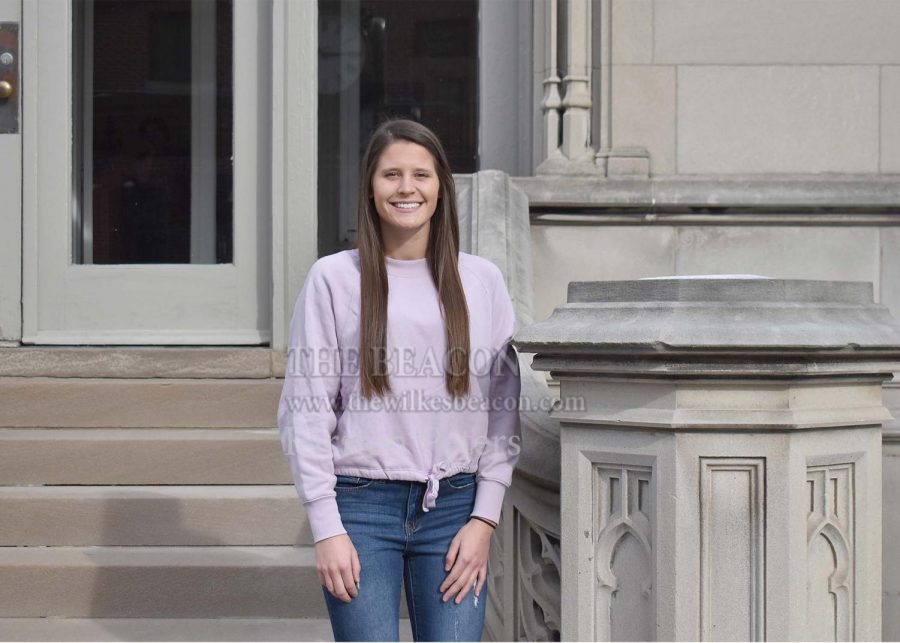 The nursing program has a really great reputation with a high NCLEX passing rate that enhanced my decision to come to Wilkes.

I still haven’t decided which field of nursing I would like to work in yet.

I hope that my team ends on a strong note this season, and we win more conference games than we did last season.

I began playing when I was 5 years old because my parents signed me up.

Our consistency from game to game.

Other interests or hobbies off of the court?

Outside of playing basketball, I love taking my dogs on walks and hanging out with family or friends.

My mom and dad.

“Everything happens for a reason.”

To me, “Be Colonel” means to be the best possible version of yourself.