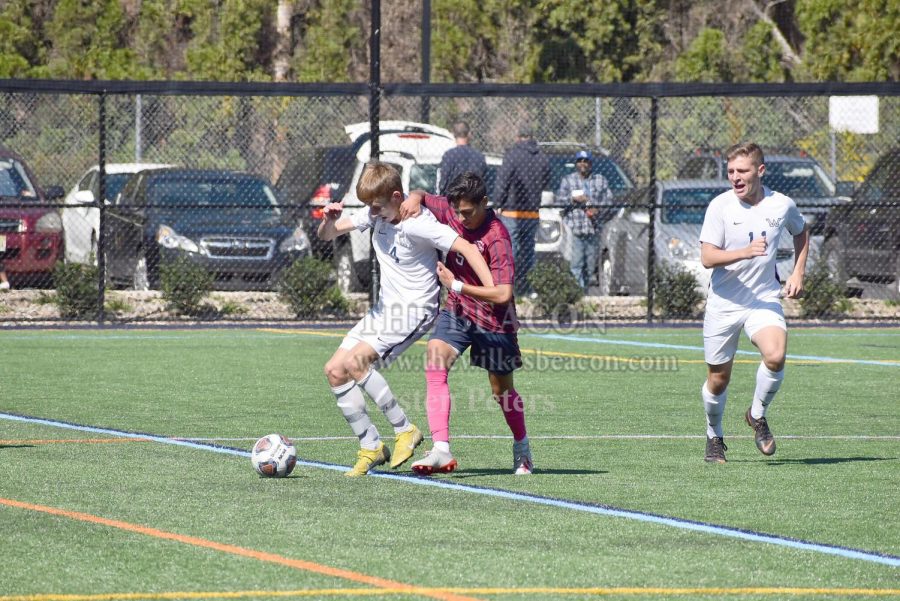 Thirty years from now, there will be a Wilkes Athletics trivia question asked: “When Bruggeworth Field opened in 2019, who was the first player to score?”

Thankfully, the answer to that question is Wilkes sophomore midfielder Gabriel Nieves.

“We talked about it a little bit,” said Wilkes head coach Michael Piranian of the new history mark. “It was kind of motivation for the guys.”

In the 21st minute of Saturday’s Middle Atlantic Conference (MAC) Freedom game with FDU-Florham, Nieves tucked the game’s ninth shot into the upper left corner of the goal to give Wilkes a 1-0 lead. It was junior midfielder Danny McGinley who assisted Nieves.

Shortly after halftime, McGinley tallied yet another contribution when he scored in the 57th minute to extend the Colonels’ lead to 2-0.

Sophomore goalkeeper Russell Rauh kept the game scoreless until the 63rd minute when FDU-Florham’s Jonathan Rodriquez found the back of the net to cut Wilkes’ lead in half.

Wilkes was able to lock down defensively in the remaining 27 minutes, holding the visiting Devils to two shots in that time frame.

With the victory, the Colonels were able to ring the newly minted victory bell at Bruggeworth Field for the first time.

“We heard that there might be a bell installed for wins, so it gave an extra incentive to work hard,” Piranian said. “It was a beautiful day to ring the bell.”

A unique scheduling wrinkle led the men’s soccer game to be played at the same time as the football game. While the football was busy rolling visiting Alvernia 45-12 at Schmidt Stadium, men’s soccer picked up their first conference win on Bruggeworth Field.

“I haven’t had to deal with it before,” Piranian said of the atmosphere. “It’s new to me. The players took to it fairly well. It’s nice to have the extra population and extra crowd in attendance. I think it adds a little bit of fun and entertainment for the guys. There definitely are distractions, but we didn’t get caught up in any of them.”

All-in-all, Piranian was able to sum up the opening game on Bruggeworth Field with one word: “Awesome.”