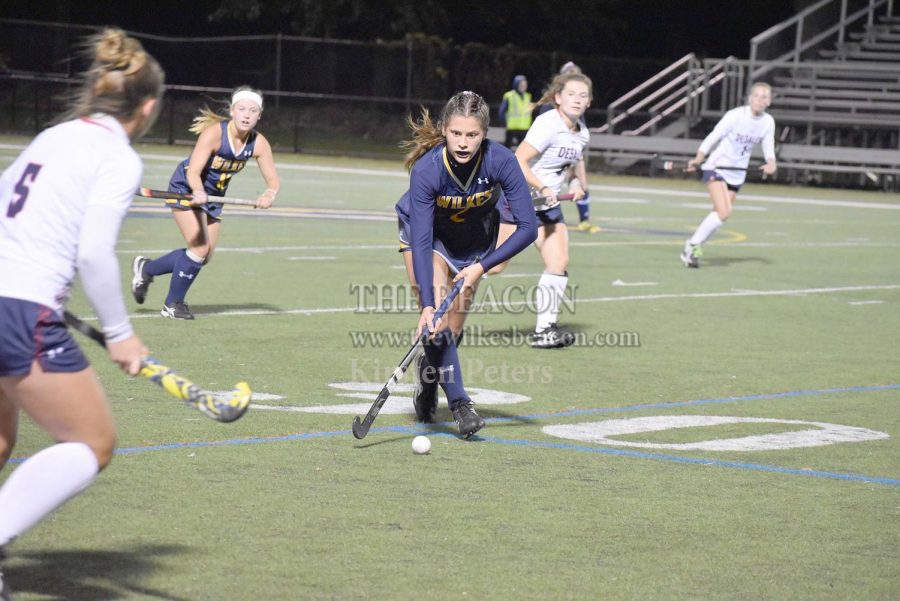 EDWARDSVILLE, Pa. — The Colonels didn’t have an answer for Catie McGrath in a 3-2 loss on homecoming weekend.

“We prepared all week for DeSales. They are always a competitive team that leads to a good game,” said junior defender/midfielder Lauren Baldwin. “We weren’t able to capitalize on some opportunities and loose ends, but as a team, the mindset and drive was there. We need to take this as a learning experience and move forward to the next game.”

McGrath scored first for the Bulldogs, getting DeSales on the scoreboard early, less than five minutes into the game.

Junior defender Zoe Stepanski had an answer for Wilkes when she buried a rebound four minutes later, tying the game at one.

“We did various drills in preparation for their style of play all week,” Stepanski said. “We worked very well on this as a team and our forwards and midfielders put pressure on them in perfect formation, which helped us come up with the ball a majority of the time.”

The Colonels played a commendable game, but McGrath was able to score two more goals, one in the second and one in the third quarter to snag all three of the Bulldogs’ goals against the Colonels.

Wilkes continued to fight hard, and Baldwin was able to score with 21 seconds left, cutting the lead to 3-2.

The late push was valiant, but it proved to be too little too late.

“We did a lot of research on DeSales. We watched film, broke it down and we found what they were really strong at,” said Wilkes head coach Erin Moran. “We did a good job shutting down their speed and having our forwards recover on their in-and-out passes.”

The Colonel’s game plan showed success, but they just didn’t have answers for McGrath.

Wilkes now falls to 1-1 in Middle Atlantic Conference Freedom play and has tough match-up with FDU-Florham. The Devils are 2-0 in MAC Freedom play, with a 4-0 win over Eastern and a 5-4 win over DeSales.

“We have all week to practice, watch film and get our minds right to capitalize on FDU’s weaknesses,” said junior forward Ali Dunn. “We’re going to be set to play our game together.”

The Colonels will have a week off before their next conference game against the Devils on Friday for their homecoming.