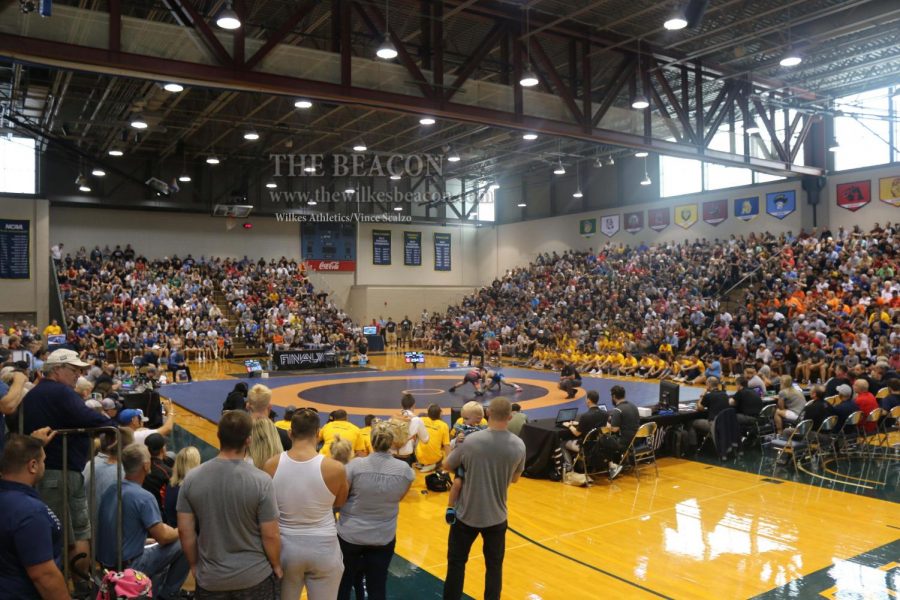 On Labor Day, aproximately 2,300 spectators packed the stands of the Marts Center for the Final X rematch between Yianni Diakomihalis and Zain Retherford.

WILKES-BARRE, Pa. — On Labor Day, Sept. 2, Wilkes University was on the national stage when the completion of a Final X wrestling series was held in the Marts Center.

Tickets — sold by USA Wrestling — were sold out within an hour and a capacity crowd of approximately 2,300 packed the gymnasium.

According to Wilkes wrestling head coach Jon Laudenslager, “This was probably the greatest wrestle-off in USA Wrestling history, and we were very excited to have it here at Wilkes.”

On June 8, Yianni Diakomihalis and Zain Retherford competed in a best-of-three freestyle series for the final spot on the World Team at 65 kg. Retherford won the first match 10-4 before controversy ensued in the second match.

In August, arbitrator Matthew Mitten ruled the results from the second match were to be thrown out due to protest that was lodged by Diakomihalis claiming the officials improperly allowed a challenge by Retherford’s corner. Retherford maintained a 1-0 match lead meaning Diakomihalis would have to win twice to qualify for the World team. As a result, match two was re-wrestled and Retherford won again 2-1.

“Both Zain and Yianni are truly great competitors and the fans had the gym rocking,” Laudenslauger reflected. “Having a packed Marts Center for those six minutes was well worth being a great host.”