NBA Awards: Which players will take home the hardware? 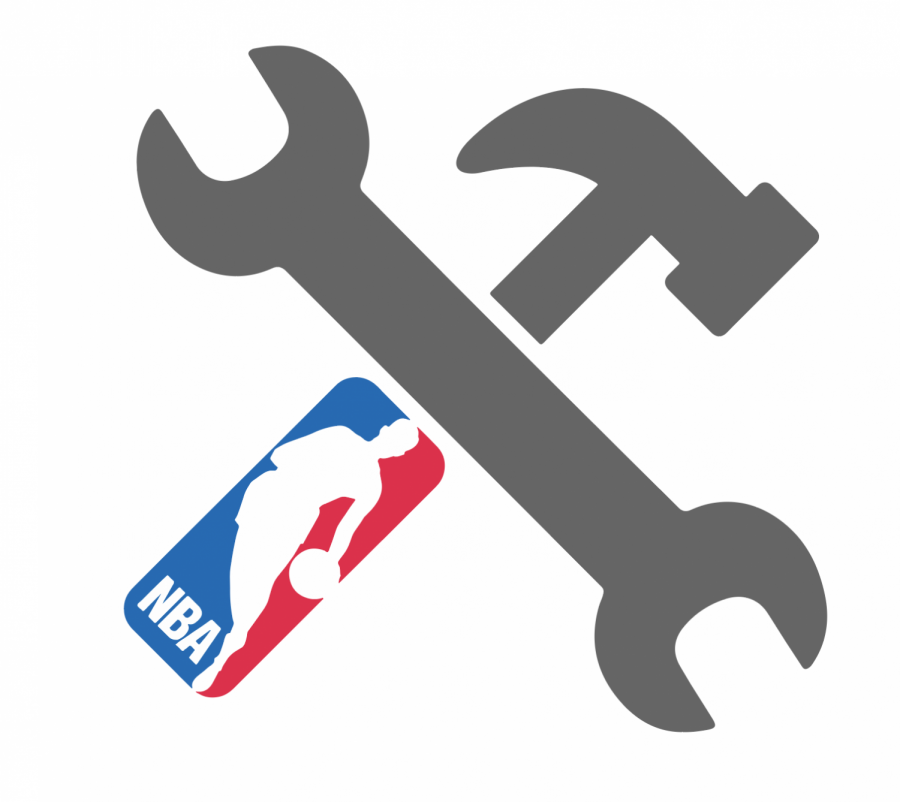 The NBA’s 82 game regular season has finally drawn to a close, and soon individual player awards will be awarded to the league’s best performers. The NBA offers three main individual awards including: Most Valuable Player, Rookie of the Year, and Most Improved Player. Many of this year’s awards are hotly contested, making for some very exciting races.

So, who has the best chance to take home some hardware?

The most important individual award, and probably the most contested as well, is the league’s Most Valuable Player Award. Giannis Antetokounmpo of the Milwaukee Bucks and James Harden of the Houston Rockets have both had historic seasons, and each have a very strong case to win the award. Antetokounmpo has blossomed into an absolute superstar this season, leading the Bucks to the best record in the league and helping them clinch home court advantage throughout the playoffs.

The Bucks’ superstar is averaging an impressive 27.7 points per game, 12.5 rebounds per game, and 5.9 assists per game. Antetokounmpo also finds himself at the top of almost every highlight reel as he seemingly pulls off superhuman dunks and put-back slams just about every night. Perhaps the most impressive thing about “The Greek Freak” is that he is just as effective on the other side of the floor, as he is one of the best defenders in the league. Antetokounmpo is by far the best player on the best team in the league, so it might be hard for voters to argue against him.

As impressive as a season as Antetokounmpo has had, James Harden has been just as impressive if not more. Harden is averaging a blistering 36.1 points per game, by far the league leading average. In addition, Harden is contributing 6.6 rebounds per game and 7.6 assists. Harden’s offense prowess is something very rare and harkens back to the days of offensive superstars of past years  like Wilt Chamberlain or Kobe Bryant. Harden had a 32-game streak of scoring 30 or more points in a game, the second longest streak in NBA history. Perhaps Harden’s most impressive accomplishment is that he has carried the Rockets, a team that has dealt with a massive amount of injuries, firmly into the fourth seed in the Western Conference.

Although the Rockets’ record may not be as good as the Bucks’, one can argue that Harden has a lot less help and had to deal with a much tougher situation than Antetokounmpo. However, Harden doesn’t have the same defensive prowess that Antetokounmpo has, something that some consider to be a major detractor from his game. In the end, both players have strong cases for the award, it will all come down to what the voters value the most.

The Rookie of The Year award seemed to be locked up before the All-Star break, but some don’t believe that’s the case anymore. Luka Doncic of the Dallas Mavericks electrified the league for the first couple months of the season, looking like he was already a superstar in just his rookie campaign. Doncic is averaging 21.2 points per game, and has been one of the lone bright spots in an otherwise bleak Mavericks’ season. The Mavericks acquired Doncic with a draft day trade, and the small-forward has delivered with clutch shots and highlight reel plays ever since.

Ironically enough, the other player in that draft day trade, Trae Young, is Doncic’s main competitor for Rookie of the Year. Young was packaged with a future first round draft pick and sent to the Atlanta Hawks in exchange for Doncic, and at first it seemed like the Mavericks got away with highway robbery. Young struggled in the early parts of the season, all while Doncic was shocking NBA fans around the country.

However, since the All-Star break Young has put up some dazzling offensive displays, and has inserted himself as a serious contender for Rookie of the Year. Young is averaging 19.1 points per game and is also chipping in 8 assists per game, good for 4th in the league. Although Young has been on fire lately, it is probably not going to be enough to sway voters. Doncic has the more consistent body of work and has been a solid contributor throughout the entire season, making it likely that he will walk away with the Rookie of the Year Award.

The NBA’s Most Improved Player award is another award that will likely come down to two players. Pascal Siakam of the Toronto Raptors has evolved into a solid two-way player  that has given the Raptors a scoring option outside of stars Kawhi Leonard and Kyle Lowry. Siakam is averaging 17 points per game and is also chipping in 6.9 rebounds per game and 3.1 assists. Siakam is just as effective on the defensive end of the floor, as he is a very versatile defender that can guard multiple positions.

The Raptors’ stars have been rested a lot this year, meaning that many nights Siakam had to carry the team to victory by himself, something that would’ve seemed unimaginable just a year ago.

The other main contender for the Most Improved Player award is the Brooklyn Nets’ D’Angelo Russell. Russell is averaging 21.1 points per game along with 7 assists per game, as he led the Nets to their first playoff berth since 2015. Russell has always struggled to consistently produce in the NBA, and was even traded to the Nets a few years ago.

However, this year he seems to have reached his full potential, putting the Nets on his back and reaching the playoffs for the first time in his career. Russell was even recognized for his efforts this season by being named an NBA All-Star. While Russell may have had the better overall season than Siakam, it is debatable whether or not his improvement has been just as drastic.

The Nets’ star guard had always shown flashes of brilliance, this is just the first year he’s been able to do it consistently. It will be interesting to see what the voters value the most, and who they will give the award to.