The Beacon: Male Athlete of the Week Mar. 19 - Mar. 25 Why Nicholas Capozzi was selected: Capozzi led Wilkes on the offensive front, hitting .545 with two home runs and three walks. His performances against Muhlenberg and Eastern helped Wilkes secure two wins. 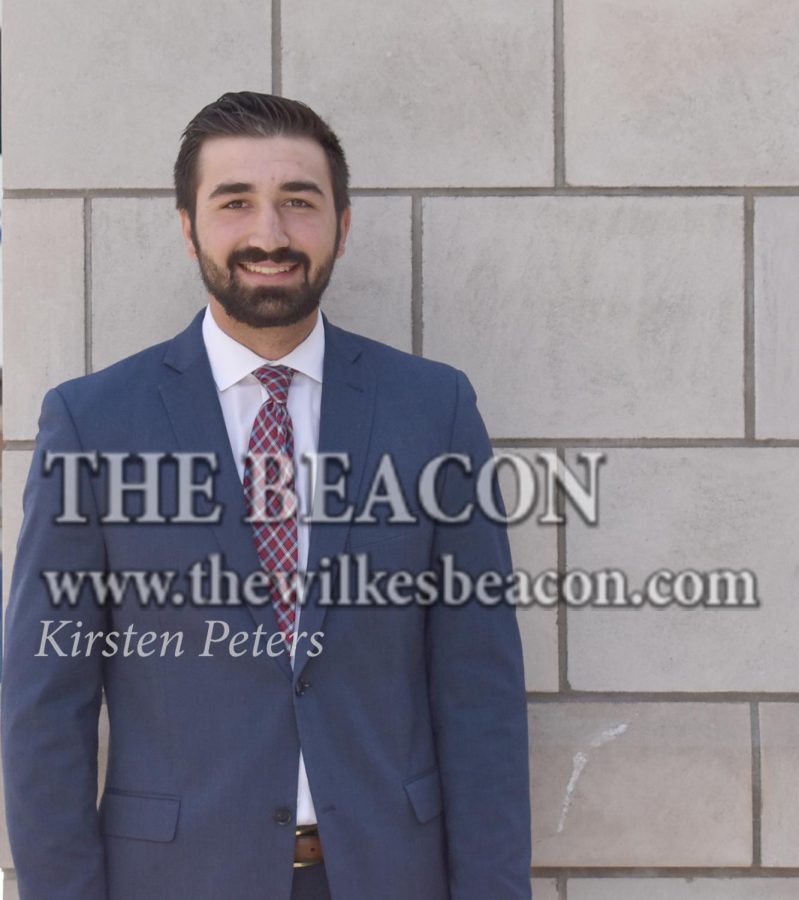 Honestly, I noticed the potential. I saw that Wilkes was ready to thrive and advance its reputation, and I wanted to flourish right along with it. I thought the baseball program took a shot in recruiting me, and I wanted to take advantage of the opportunity.

Between playing catch with foam baseballs, watching the Yankees with my grandma or going to games with my parents, I fell in love and became obsessed with the sport.

The expectation is to win. We’re done hoping for playoff appearances. This program has developed on and off the field, and we just need to expect the highest level of excellence.

UCOM. The team rooms are my favorite place to get work done and I’m a regular at Starbucks to say the least.

The Asiago crusted chicken at the SUB, penne with red sauce and a breadstick on the side. For dessert, mint chocolate chip ice cream with crushed oreos or blondies.

I don’t think picking one professor would do justice. Wilkes is unique in that students can develop personal relationships with their professors outside of the classroom, which can help us excel inside the classroom.

I’m a big country music fan, so driving along listening to it or going to a bunch of concerts is what I like to do off of the field.

The chicken. On Noah’s Ark two chickens walked off, not two eggs.

There are a lot. I think the most important thing is taking little things from admirable people who are influential to better yourself.

Alex Rodriguez. He gets bad publicity from the steroid stigma, but the way he composes himself is remarkable. He came back humbled and still shares his knowledge. He would probably pay for dinner, too.

“Don’t be a victim of your own success.” Learn what you do well and roll with it. Stick to your inner self and don’t try to be bigger than who you are. We all have different strengths and skills, so recognize them, but don’t become complacent.

Nobody at Wilkes is the same, and we have different outcomes. “Be Colonel” means take advantage of the opportunities that the University can provide and solidify yourself for who you really want to be.

Definitely, my family and those at Wilkes who have made my fours years so special.