The Beacon: Male Athlete of the Week Mar. 5 - Mar. 11 Why John Wink was selected: Wink scored five goals in Wilkes’ loss to Bridgewater, one of which was the100th of his career. In a 17-6 win over Mount St. Vincent, Wink scored seven goals with two assists and four ground balls to lead Wilkes to a 1-1 week, recording 15 points and 12 goals. 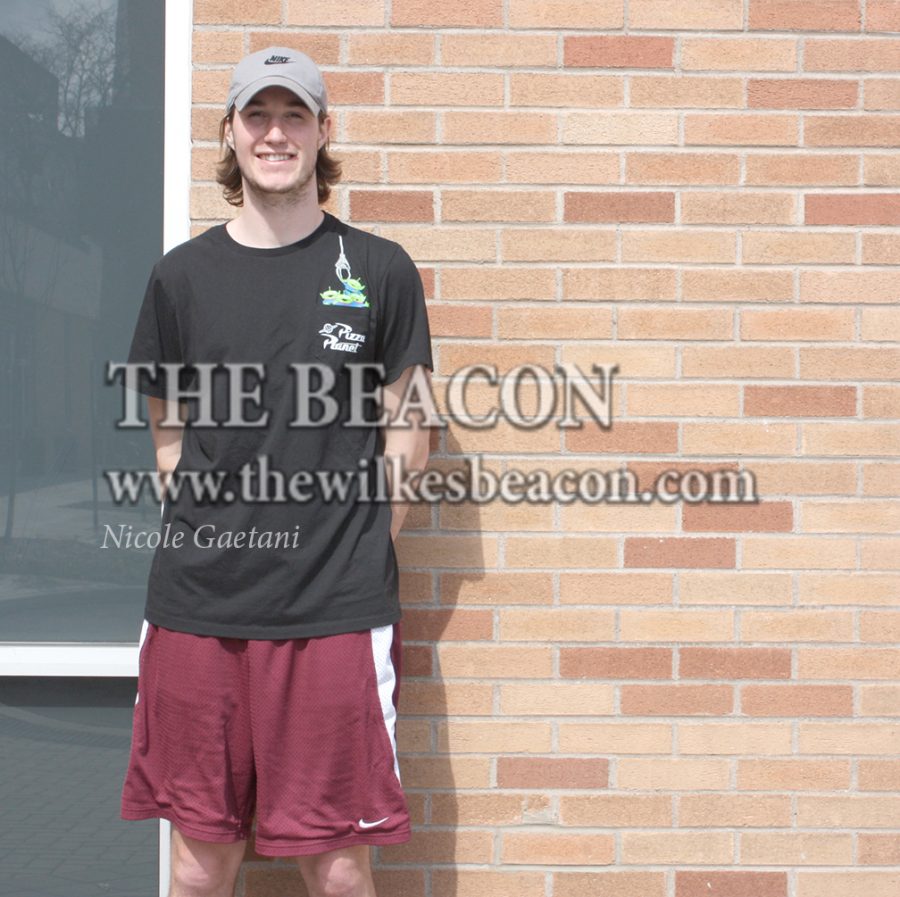 I decided to come to Wilkes because of the river so I could go fishing.

After graduation, I would like to move to New York and help Cody Geidel start a pickle plantation.

My favorite thing is walking all the way to the field house from the lower lot while at practice.

This season, I hope that our team will make playoffs.

I would have the stadium on campus so that more people could come and enjoy our games.

My favorite meal to eat on campus is pizza from the SUB.

If I could have dinner with a famous person, it would have to be Chris Farley.

I live my life by “G.E.T.S.O.M.E.,” which means Go Every Time So Others May Everytime.

To me, “Be Colonel” means to be as “JT” as much as possible.