The Beacon: Male Athlete of the Week Oct. 26 - Nov. 1 Why Donald Flynn was selected: Flynn earned two honors after the inagural weekend of men’s ice hockey, being named the MAC Offensive Player of the Week and the UCHC Rookie of the Week. Flynn totaled five points on two goals and three assists and had a +2 rating in Wilkes’s 1-1 opening weekend against SUNY Canton, scoring the historic first-ever goal for Wilkes men’s ice hockey. 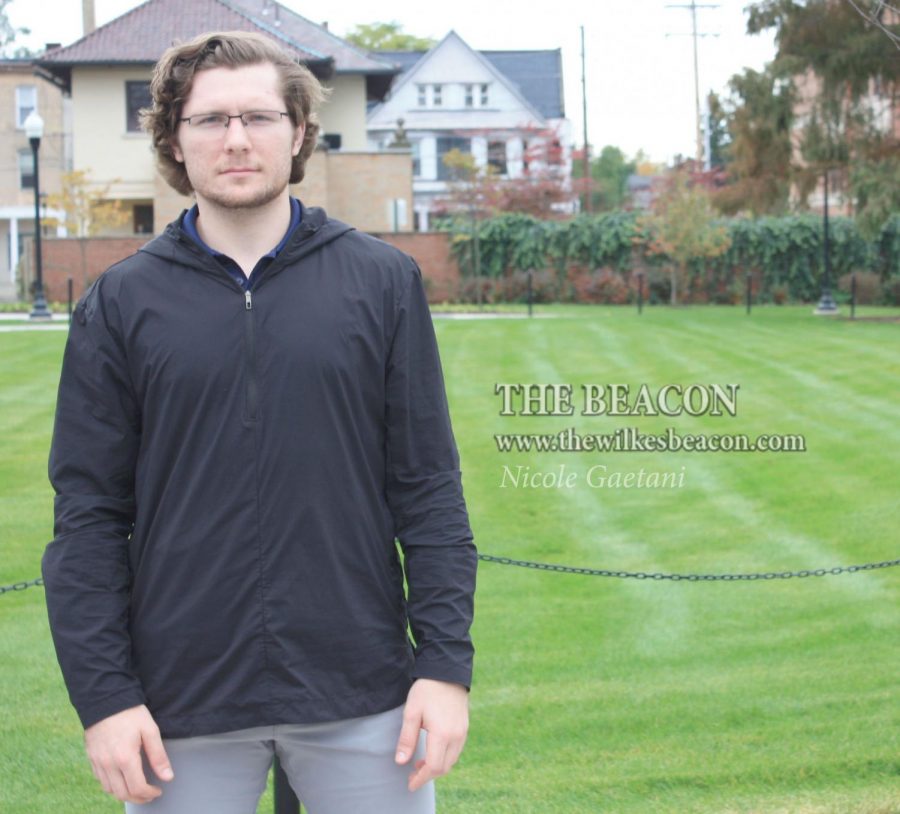 I wanted to come to Wilkes because of the opportunity to earn an education while playing the sport that I love again.

Unfortunately, I still have no idea what I plan to do after graduting.

My favorite building would have to be Stark … only because of the POD.

I’ve never had soda before, so no preference.

This season, I hope to help establish a winning and respectable tradition.

My favorite thing to do during practice is to score goals.

Nothing. I think we have an amazing set-up.

Off the field, I like to watch stand-up comedy, hangout with my friends and listen to music.

I like to eat a southwest wrap from the POD.

The most influential person in my life is my dad.

A quote I live my life by is, “Someone’s gotta do it.”

Just the boys on the team.