The Beacon: Male Athlete of the Week Sept. 29 - Oct. 5 Why David Kutteroff was selected: Kutteroff completed all six of his kicking attempts on the day, that being two field goals and four extra points, in the team’s 34-14 win against Alvernia on Sept. 29. 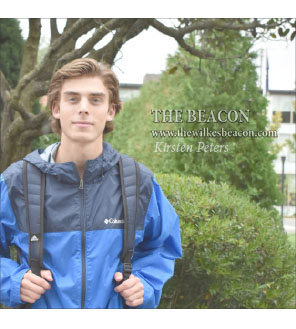 It felt like home when I stepped on the campus and it provided me with many opportunities.

A possible career in psychology.

To compete for a postseason berth.

I began playing football in my freshman year of high school. A family friend, who was the coach of my high school’s freshmen football team, asked me to be the kicker.

Kicking footballs through the yellow posts.

To have more team-building activities.

Neither. I prefer Sprite.

Off the field, I like hanging out with friends, playing soccer, listening to music and singing along to it.

I cannot choose only one because so many people have influenced my life. The top two people would have to be my mom and dad.

To me, “Be Colonel” means working hard and doing things the right way – no taking shortcuts or finding the easy way out.

I would like to give a shout-out to my brother, Matthew.