The Beacon: Female Athlete of the Week Aug. 31 - Sept. 7 Why Dallas Kendra was selected: Kendra recorded her tenth career shutout against Kean Univeristy with 10 saves on 13 shots, earning her fourth MAC Freedom Defensive Player of the Week award. 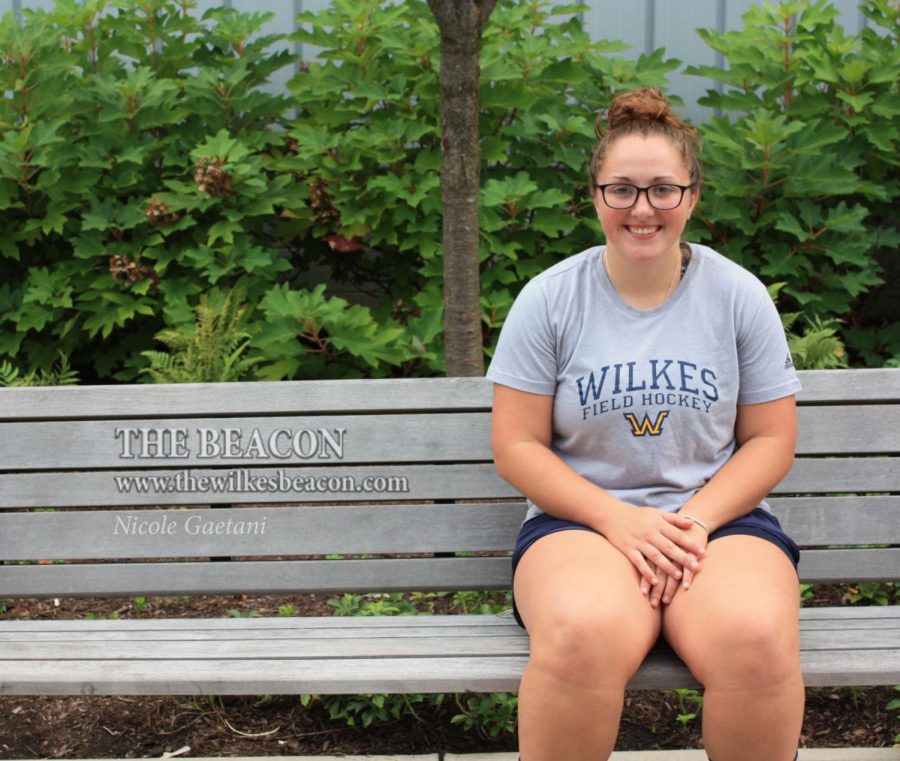 I chose Wilkes because it was so close to home, I was able to be a student-athlete, and the homey feel I got when I walked around campus for the first time.

I still have a few years, but eventually a pharmacist.

Being my last season, I have high hopes for this season. I believe that we have the potential, as a team, to do amazing things this year and I am hoping to go out with a “bang.”

I first began playing in 6th grade, when my soccer team decided they wanted me to try out for field hockey. When I first started, I was actually a midfielder. I became a goalie in 8th grade, when the varsity head coach said she wanted to see me in the pads, and here I am.

I love to take pictures.

My mom. I hope one day I can be at least half the person that she is.

Chicken Caesar Wrap from the POD!

“Life isn’t about waiting for the storm to pass, it’s about learning to dance in the rain.”

To me, it means to be the best that you can be and don’t settle for anything less.

I want to give a shout-out to my fellow seniors on the field hockey team: Haley Gayoski, Megan Kane and Kayla Gronkowski.