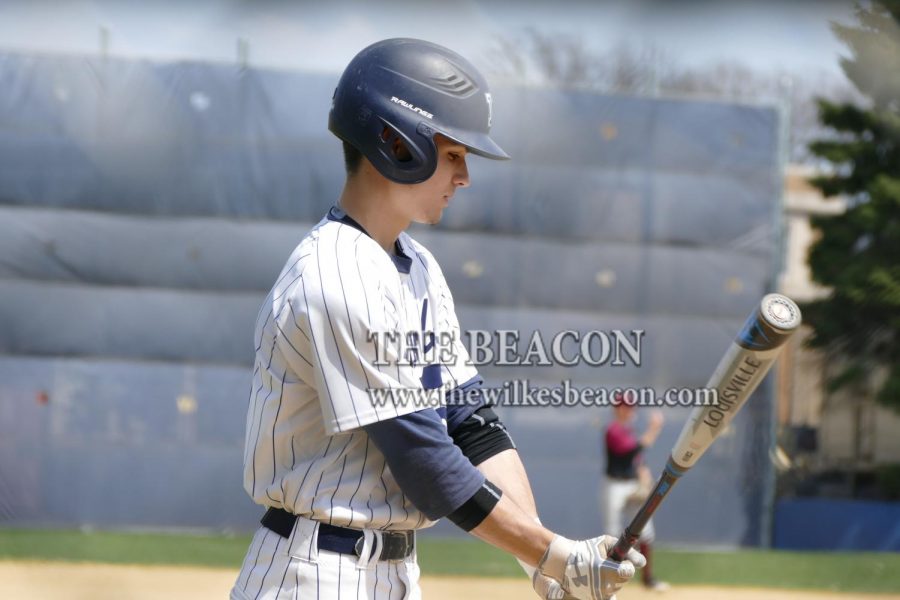 Sophomore Matt Reinert stepping into the batters box against Manhattanville

The game started off as a pitcher’s duel as both Jeremy Worlinski and Dan Hartson pitched well. Worlinski went 6.1 innings, allowing seven hits, four runs, walking and striking out one. Hartson went six innings allowing six hits, three runs, twp earned, walking one, and striking out three. Hartson picked up the win while Worlinski took the loss. Chris Lupole picked up the save going the final three innings, keeping the Colonels off the board.

Kyle Lupas had a big day for the Monarchs at the plate as he went two-for-five with a home run and three RBIs. The Colonels top hitter was Joe Champi who went three-for-four with one RBI and a hit by pitch.

The loss likely concludes the Colonels season as they officially exit the MAC Freedom tournament with a 17-17 overall record for the season.