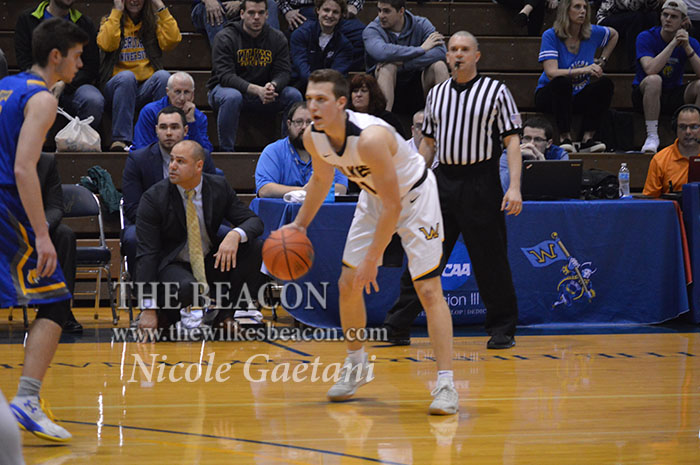 WILKES-BARRE, Pa. — The Wilkes University Colonels ended their season Saturday with an 87-65 loss to the Widener University Pride. The game was one of two Eastern College Athletic Conference (ECAC) semifinals games hosted by Wilkes University in the Marts Center.

The Colonels earned their spot in the semifinal game by beating Penn State-Behrend Friday following their first round bye.

The Pride, the fourth seed in their pod, had to beat the top seeded Wilson College, which they did without an issue, then Baruch College was forced to forfeit the quarterfinal game following unfortunate weather, which did not allow them to make it to the game.

The Colonels jumped out to an early 2-0 lead in this game, but unfortunately for them, this would be the only time they would have it as the pride scored eight unanswered and did not look back. The score was 49-25 at halftime in favor of the Widener Pride.

The young Colonels got a chance to make an impression on Head Coach Izzi Metz as freshman Jack Bova (6 points), Noah Jackson (5 points), and Derek Heiserman (3 points) each played more than ten minutes. Jackson shined in his chance to play registering three blocks and five rebounds in twelve minutes.The season ends with the Colonels falling just short of both and ECAC championship, and a MAC Freedom championship. They return at least three of their five starters, potentially four in Robinson if he decides to return for a fourth year, so the future is still bright. They will lose their top two big men from this season but with three other bigs on the roster they plan to come back next season and make another run at the MAC Freedom title.