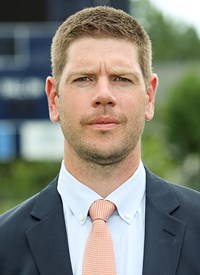 Drach completed his 11th season on the Hobart staff, including the last three in his current role, Hobart’s athletics site said.

Drach started three seasons as quarterback at Division I Western-Michigan. During his senior season, he completed a single season record 67 percent of his passes for 1,499 yards and 13 TDs.

Drach replaces Trey Brown, who had a 7-33 record during his four year tenure at Wilkes.

Drach will be formally introduced at a press conference on Wednesday.