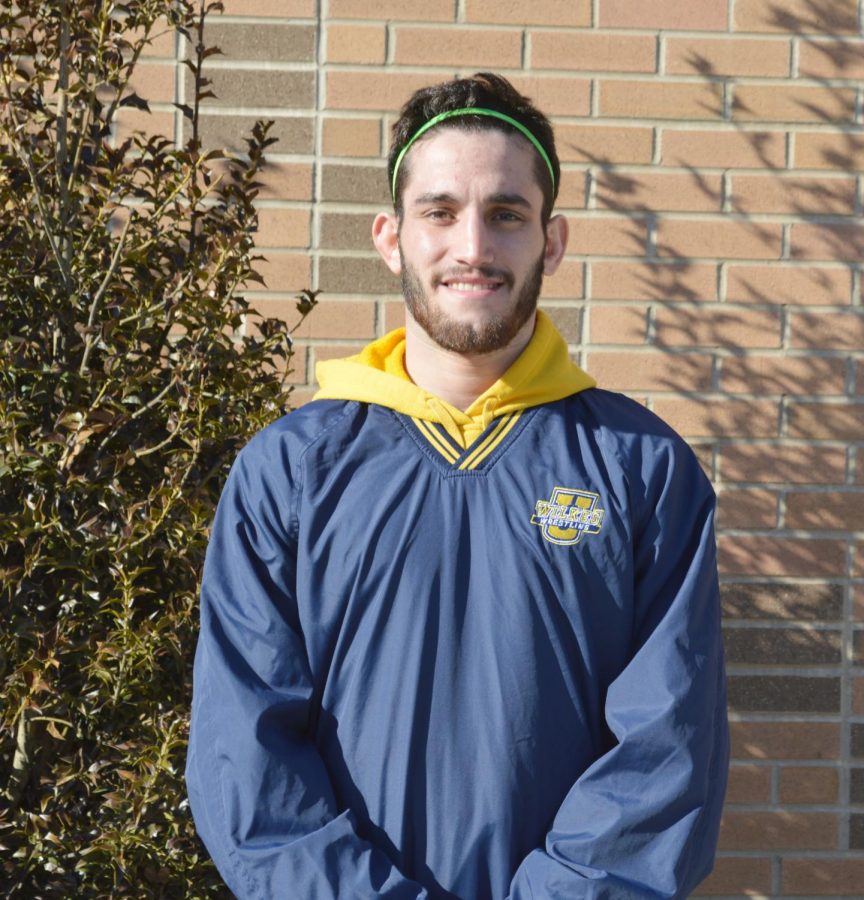 What head coach Jonathan Laudenslager said: “Jake has done an excellent job this season on putting himself in position for the team, but more importantly putting himself in a position for the opportunity to qualify for the NCAA tournament in March.  If Jake takes every opportunity from each day forward to commit to his goal, I see no reason he can’t be wrestling in Cleveland with the right to represent Wilkes on a national level.”

My mind was set on wrestling in college and I spoke to a few different coaches.

Then one day Slager gave me a call and he got me to come take a visit, I got to see how great of a tradition the wrestling program had for the university and I wanted to be apart of it.

Work in Manhattan in Finance, accounting or stock broking for a few years, then eventually move out west most likely to California so I can snow board or hit the beach whenever I want.

Marts Center, where all the hard work takes place!

My career began playing baseball and soccer as a young kid. My two good friends were wrestlers and I had never even seen a match before. One day in 6th grade I went to a high school dual and wanted to try it, so I took off my cleats and strapped on some wrestling shoes and began to write my story.

How much my coaches hate the music I bump during practice….

Snowboarding, Gaming (PUBG and Rocket League), Music, getting after it, and buying SUPREME.

My cousin Anthony DiMarsico and my performance coach from back home John Hoke. These men taught me from a little kid what it as like to want to become a champion.

“Saddest thing in life is wasted talent” – A Bronx Tale

As rarely as I wake up for them but the egg sandwich from Grill Works.