Wilkes’ baseball heads to Fort Pierce to prep for season 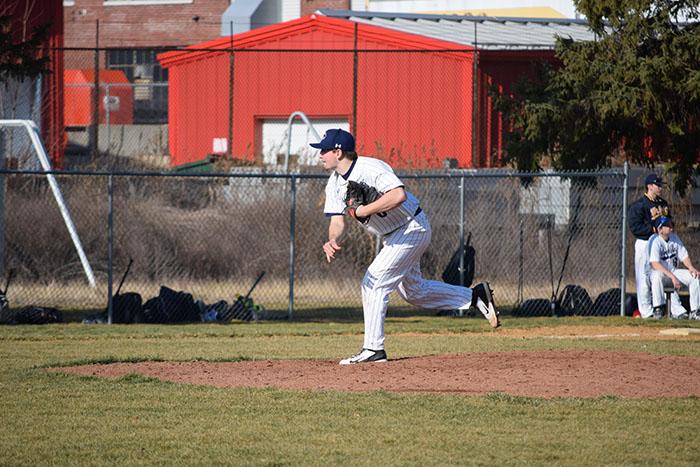 It’s almost time for spring break, the break that many college students use to go on a nice vacation to de-stress from school and all that accompanies it.  The Wilkes’ baseball team may be going south, towards warmer weather, but it’s all business when they get down to Fort Pierce, Fla.

The team described the conclusion of the 2016 season, as disappointing. The Colonel’s finished with a record of 18-21 overall and 7-14 in the Middle Atlantic Conference play. It is the hope that this upcoming experience over spring break, prepares the team and the upcoming freshman for what is waiting for them back at Artillery Park.

Senior, Johnny Lee Jan, described this week in Florida as, “basically Spring Training where we are able to play games every day for a week in the nice and hot weather.”

Following up, senior Matthew Reese, has been able to participate in similar spring break trips with the baseball team in previous years. Reese talked about some of his favorite memories, and what he is most excited for, saying, “My favorite part is probably the weather and just the time that you get to spend with all of the guys without any outside distractions, such as schoolwork.”

This is a time that the team is able to compete with teams from all over the country, and gain experience prior to coming back to Wilkes and getting right into conference play. This is also intended to allow the teammates to bond, and experience a more unique feel that many teams in the Middle Atlantic Conference may not get to.

Reese later mentioned all of the activities that the team participates in while on the trip, this included, “This year, we have 9 games scheduled to compete in, while in Florida. Usually it is one a day, with a double-header mixed in throughout the week. We literally do everything together as a team. We all have the same floor of the hotel and we eat all of our meals together at various restaurants.”

As the team is preparing for their season, the expectations are high. They have a large returning class, bringing back plenty of experience to the diamond and dugout. The team is focused and knows exactly what they are after.

This camaraderie will allow the team to make those strides they are searching for. The exceptional leadership will be a large part of the teams expected success. They large amount of upperclassmen on the team will be able to guide the newer team members to feeling as an essential part of the team. This is a huge part in any team’s success, you must be able to get everyone on board and feel that in order to be successful.

As a senior, pitcher, Johnny Lee Jan, is expected to be an essential part of this leadership team.

He is taking his designated leadership role seriously. When we asked him about his goals or himself as an individual, he quickly answered with, “my main goal for this season is to become that leader that everyone looks up to and can count on and to show what it takes to become a champion.”

The Colonels have a challenging upcoming schedule in the following weeks. Reese spoke on this aspect of their season saying, “We have to take each game one at a time, even one inning at a time. That is how we will get to the championship.”

Reese continued talking on the importance of focusing on the small picture before getting to the big end goal. He said, “ I think the goal of most people is to make playoffs and get a shot at playing for the MAC title. Ideally that would be nice, however, I think that continuing on building the program, as a whole is a goal of mine. Obviously winning a MAC title is the biggest goal, I think the process and being a building block within the process is my goal.”

It is with these attitudes, this focus and attention to detail that the team will find their success.

Nothing comes easy, but one thing is for sure, the Wilkes baseball team is ready to work to get to where they want to be. They have a group of seniors that are ready to do whatever it takes to leave their program in the best position possible for years to come