Getting to know… Danny Sales 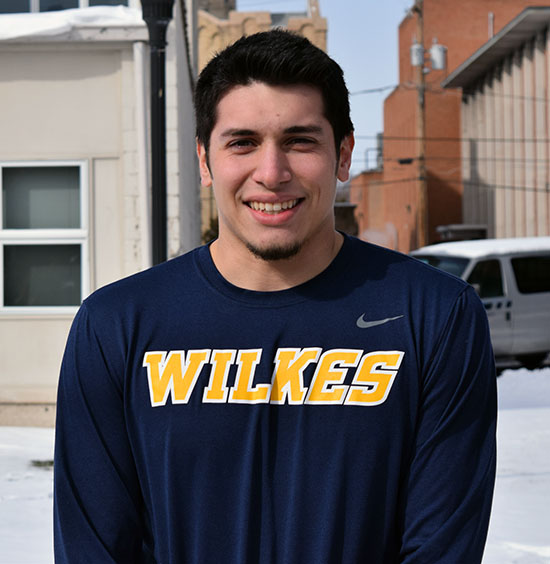 Q: What was the driving force for your decision to come to Wilkes?

A: To be completely honest, I was very unsure of where I wanted to further my education, until I won the Wilkes math competition my senior year and decided to make myself a Colonel.

A: I plan to hopefully continue my education and work with nanotechnology.

Q: What are your hopes for your junior season as a Colonel?

A: Considering this our first season, I hope that we can keep a record over 0.500 and develop into a team that will take full stride in the years to come.

A: I began playing volleyball as a freshman in high school because I didn’t play a sport in the spring and was bored.

Q: If you had to choose one thing about Wilkes’ Men’s Volleyball Program that you could improve, what would it be?

A: Although it is already underway, it would be great for our program to be able to compete against local colleges and be a part of the MAC.  Playing independent involves quite a bit of travelling which cuts hard into the team’s academic schedule.

Q: Do you have other sports/interest/hobbies off of the field?

A: I play a lot of music and sing in a reggae/rock band called Elephants Dancing.  I also love soccer and used to teach snowboarding.

Q: Who would you say, is the most influential person in your life?

A: My uncle Camilo.

Q: A quote you live your life by?

A: “Insanity: Doing the same thing over and over again, and expecting different results.”

Q: What does “Be Colonel” mean to you?

A: Being Colonel is more than just working hard on and off the court. I believe being a true Colonel comes from a willingness to grow.