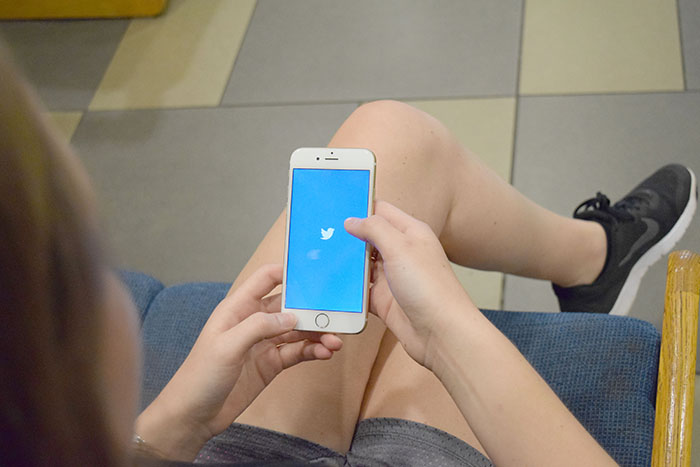 “It is a privilege for a student athlete to compete and represent Wilkes University,” states the Wilkes Student Athlete Social Media Policy. “As such, you have the responsibility to portray yourself, your team, and your University in the utmost positive manner.”

The Division III college athletes of Wilkes are governed under the Middle Atlantic Conference, commonly referred to as the MAC. The MAC is a voluntary association of independent colleges and universities with diverse academic programs, but similar regulations under the National Collegiate Athletic Association (NCAA).

Within the MAC, all conference members must develop and implement their own version of a social media policy for athletes to sign and abide by while on a team.

“This is a mandatory requirement for all student athletes who wish to participate in athletics at any conference institution,” explained head coach of Wilkes field hockey team, Sara Myers. “Our social media policy was developed in 2014 and went into effect in 2015.”

Whether male or female, playing a fall, spring or winter sport, every team player must sign and abide by this policy the moment one steps foot into his or her first practice of the season. Some of the examples deemed inappropriate stated in the Wilkes policy are as follows: photos, video, or comments that include alcohol, drugs or tobacco, encourages violence, hazing, sexual harassment or assault, target’s an individual’s race, gender or lifestyle, and content that is derogatory in nature to an opponent, coach, opposing team.

As social media increasingly becomes a more widely accepted form of communication, it’s no secret coaches want to keep their players on the field and out of cyber trouble. But John Sumoski, head coach of Wilkes women’s soccer, takes the safety of his players a step further.

“I take this contract seriously to protect my team and their future careers,” Sumoski shared. “Many companies and future employers can easily access their social media that can potentially reveal poor character traits hurting them in the professional world.”

Without this mandatory policy, student-athletes potentially run the risk of damaging their personal and professional reputations, in turn misrepresenting both the University and the conference. To avoid this at all costs, senior, football player Tanner Stengel has zero hesitation when signing. According to him, the contract “provides clarity to exactly what is right and wrong to post so there is no discrepancy.”

Committing oneself to such specifics and living up to the certain expectations within can lead to controversy and spark curiosity as to why only collegiate athletes are required to sign the social media contract, but not the rest of the student body. Senior football player, Aaron Coyne feels that student-athletes like himself are held on a pedestal to represent the school differently than nonstudent-athletes.

The fairness factor can become a major concern among campus, but Coyne is not worried.

“I feel as if the entire University should be required to sign this contract. If we are able to set a good example as both athletes and role models in showing that it’s not difficult to abide by these policies, we could motivate the Wilkes community to do the same,” he noted.

Coyne predicts that since this requirement was implemented just within the last year, potential success with athletes abiding by the policy may give Wilkes the idea to make it a mandatory campus-wide requirement for everyone.

“Being fair is in the eye of the beholder,” Sumoski stated.  “Fair to me is joining an organization, knowing what’s expected of you, and taking it or leaving it.”