Long-time sports officials find way to “stay in the game” 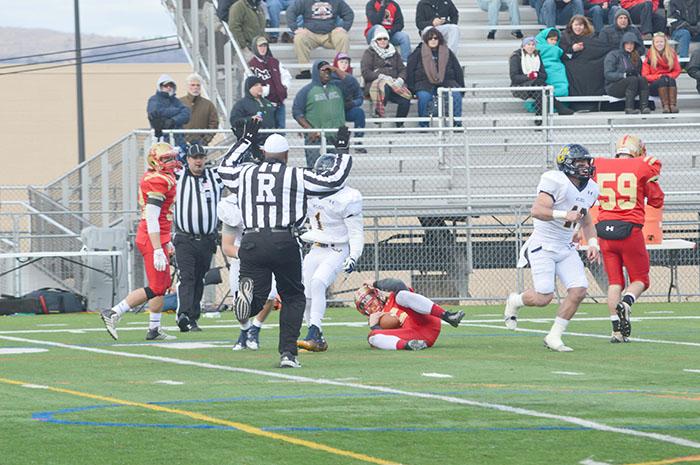 The words designated throw-in spot and airborne shooter  might be greek to the average sports fan. For longtime sports officials, John Leighton and Bruce Weinstock, terms like these constantly flow in their minds throughout the course of a game.

Thirty-eight years ago, now veteran NCAA and high school basketball official John Leighton said he had a choice to make. His playing days were now over.

Wanting to stay in the game, he could either coach or officiate.

“I thank my lucky stars I chose to be a ref after 38 years in the business,” Leighton said, “I do it because I love it. I love the fact I’m still part of a game that I played on the scholastic and collegiate level.”

Leighton’s resume extends from working two high schools state finals up to calling a combined 19 years at the Division I level. Now 60, Leighton continues his success after he was again selected for the NCAA Division II Basketball Championships.

“Every angle of the game is covered and if you screw up, you will be exposed.”

38 years later, Leighton continues his career at both the college and high school levels.

A former Colonel, Bruce Weinstock, said his officiating career began in 1970 his freshman year at Wilkes when he was asked to work games at the nearby Jewish Community Center.

After working games at the local JCC, he decided he wanted to take his career to the next level and advance as far as he possibly could.

His mentor, Wilkes-Barre native Mendy Rudolph, officiated the 1955 NBA Finals. Weinstock said we was grateful to learn from what some consider “best ref EVER in the NBA”.

Weinstock entered the National Basketball Association Development Program and was then offered a job on the Continental Basketball Staff, similar to AAA minor league baseball.

Weinstock would return to his roots and has been a high school basketball official since 1974 and began calling soccer games in 1986.

He continues to officiate both sports to this day because of his passion for the game.

“The art of officiating is a 50/50 proposition in the public’s eye. You are always right at least half of the time,” Weinstock said of the craft, “With or without media coverage, when you put on the stripes, it just isn’t easy,”

Both officials say they plan to call games as longs as their legs can handle it.

Editor’s Note: This is the first part of a two part article. Part two of this article will appear in next week’s edition.