Winning spree lifts Wilkes to the top spot in the MAC 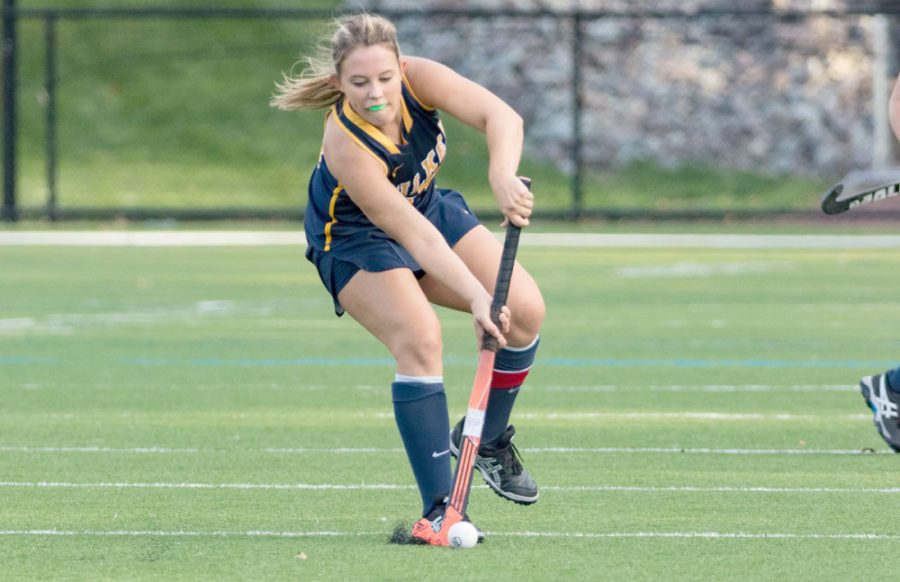 Out of those four wins, the field hockey team shut out both Keystone College and Marywood University 2-0. They beat Moravian College 2-1 and overcame an early goal by Arcadia University ending 3-2. This leaves them sitting at 4-2 overall record with a four game win streak.

“I am very happy with our team so far this season. This is one of the most tactically and technically sound teams that I have worked with in my nine years as a head coach. I am really excited to see where this season will take us,” said Head Coach Sara Myers.

Through six completed games so far, junior Marissa Surdy leads the team with four goals and six assists, giving her a total of 14 points.

The team has faced some good competition so far, but in the upcoming weeks may give the field hockey team a true test. Their next game is on the road to Alvernia University and they are undefeated with a record of 5-0.

As they progress through to the middle of their season, they will begin to face conference teams like DeSales University and Fairleigh Dickinson University-Florham. The team could jump out to very good spot in MAC Freedom Conference because the first two teams have worse records than Wilkes. DeSales has a record of 2-4, while Fairleigh Dickinson is 3-3.

Wilkes has the best record in the MAC Freedom so far. Coach Myers is already looking down the road to see what her team can do.

“I am looking forward to seeing the team grow and develop together. Chemistry is very important and this group has undeniable chemistry. They are very fun to watch and I enjoy getting to work with them every day,” said Myers.

The Colonels look to make a return to the conference tournament later in the year. The team will open the 2016 conference season against DeSales later in September.

Come out and support your Colonels at their next home game against Immaculata University at 7 p.m.