Swimming program back in action for first time since 1986 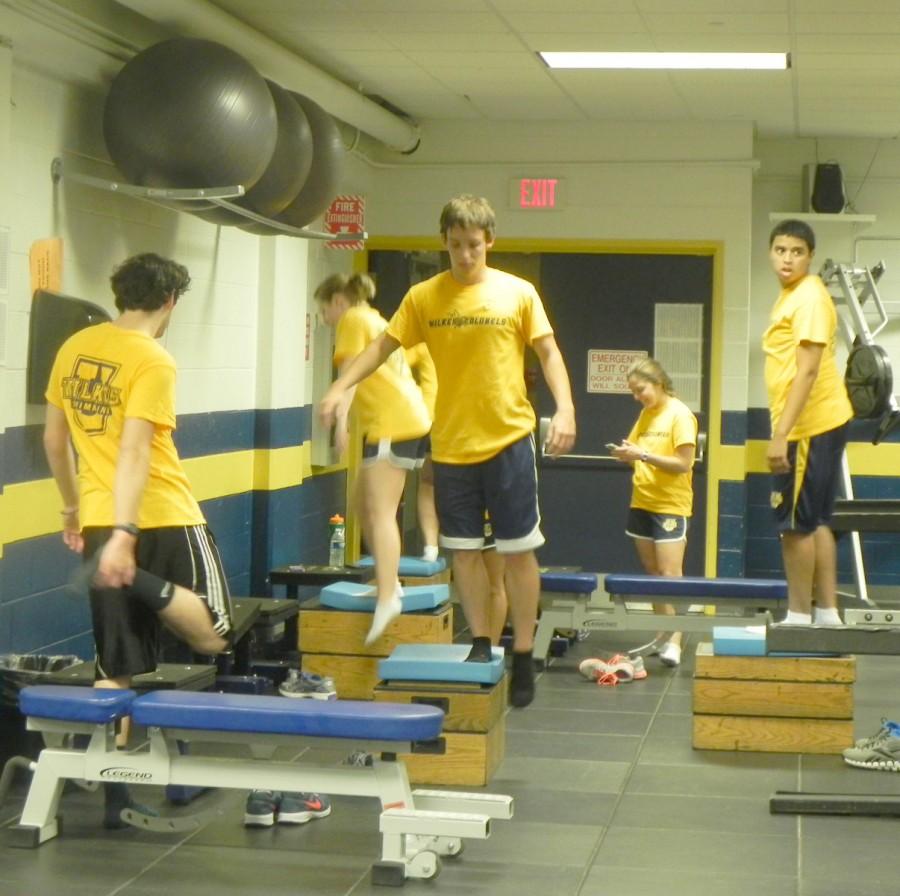 The Wilkes University Men’s and Women’s Swimming team is entering its first year this fall season with Coach Mark Barnes at the helm. The last time swimming was relevant at Wilkes was back between 1951 and 1986.

As far as the first year goes, “The goal was just to have enough people to swim,” according to Coach Barnes. Originally, the team was going to be just women, but now incorporates men as well.

Back in the beginning of August, the program only had eleven swimmers; it now has twenty seven, and continues to grow. As a matter of fact, Barnes thought ordering gear for fifteen people was going to be enough, but instead he had to make three more orders due to the increased number of kids joining the team. With so many students joining, the work becomes that much harder.

“Many of the kids are swimming for the first time in 4 or 5 years,” says Barnes, but were still able to pass through the conditioning test and strength test, despite the fact that many of the swimmers have not lifted before and are tired from the strenuous practices.

Coach Barnes hopes his experience will help the Colonels become an elite team within a few years. Barnes coached locally at the high school level for nine years, and was an independent coach for two years.

When it came to getting the gig as the head coach for the Colonels, Barnes was just roaming around on the NCAA website, checking for college coaching jobs and luckily got the job, despite thinking he would not get the position, but it has always been a dream for Barnes to coach on the college level.

When asked what he enjoys most about the sport, Branes simply replied, “the kids.” These kids are close knit group that genuinely care about the program, which means so much to Barnes. The future of this program seems bright. According to Barnes, “The kids want to make the foundation set so we’re here not for five years, we’re here for the long run.”

This Men’s and Women’s Swimming team is a team we should definitely keep an eye out on as they progress and attempt to make a name for themselves in the MAC conference. Both teams open up the season on October 11th, where they will be making a trip down to Chester, PA to compete in the Widener Relay Carnival.