The Return of Bo Ryan: Celebrated Alumnus Returns to Campus 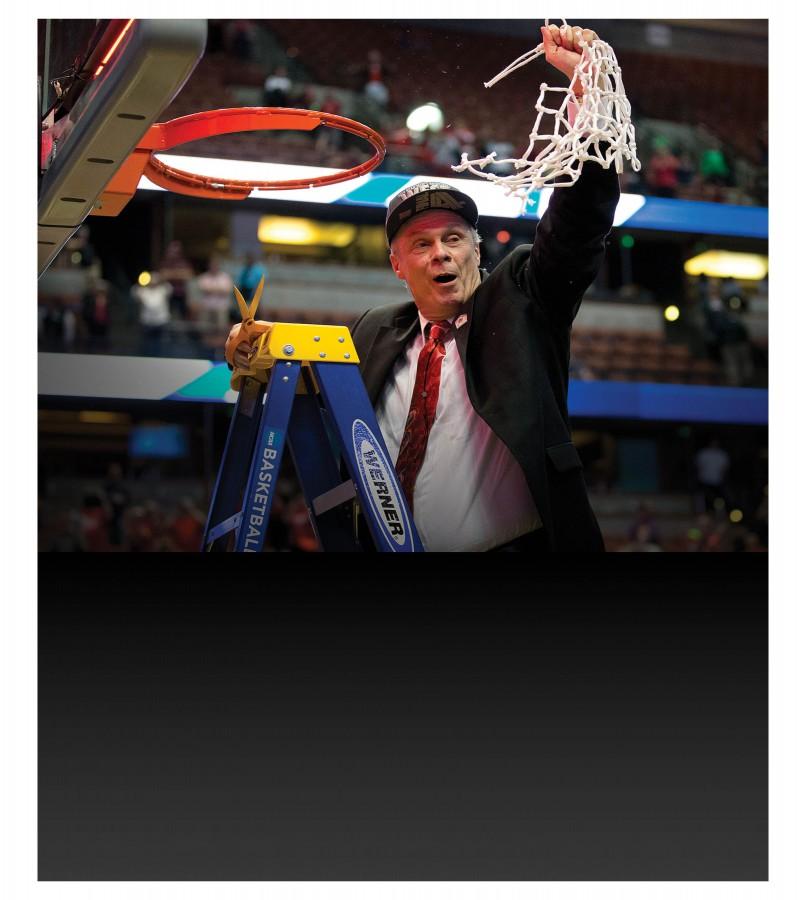 William Francis “Bo” Ryan, Jr. is a force – both in and out of the sporting arena. This week, he’ll return as the guest of honor at Saturday’s “Share the Spirit” event. Share the Spirt is a new homecoming event designed to celebrate the legacy of the university’s athletics.

This is the second time Ryan has been back since graduating in 1969.

Born on Dec. 20, 1947, just outside of Philadelphia in Chester, Pa., Ryan attended Chester High School, was the president of his class and captain of three sports teams. After graduating, he came to Wilkes and continued his basketball career. From 1965 -1969 Ryan scored 807 points, grabbed 278 rebounds and dished out 276 assists. In a 1969 game against Susquehanna University, Ryan went on to make a school record of 18 baskets totaling 43 points.

Ryan graduated from Wilkes with a bachelor’s degree in business administration in 1969.

“When I was in school we didn’t talk about having a 3.5 GPA. The biggest driving factor for us to get good grades was to stay out of Vietnam,” Ryan explained. “If you dropped below a 2 GPA you were kicked out of school and drafted into the Army.”

When he graduated from Wilkes he was offered a job with Arco, but was then drafted into the Army where he was a military policeman in Fort Gordon. He served from 1969 to 1972 and ended up being a sergeant which is something, he says, that doesn’t happen to a lot of draftees.

Ryan said he tells people that he was drafted, letting them assume it was an NBA draft rather than the Army’s. When he came out of the service, he decided to utilize his degree in business by earning a teacher’s certificate.

Ryan began his coaching career in 1972 at Brookhaven Junior High School in Delaware County, where he taught social sciences and coached for one year. After leaving Brookhaven, he coached at Sun Valley High School in Aston, Pennsylvania from 1974 to 1976, and was named conference Coach of the Year in 1976. Following his success at Sun Valley, Ryan became the assistant coach at the University of Wisconsin-Madison for eight years. I

In 1998 Coach Ryan almost had the chance to coach against Wilkes in the national championship game. Both Wilkes and University of Wisconsin-Platteville reached the final four that year in Salem, Va. Wilkes, however, lost to Hope College 81-61 while Ryan and the University of Wisconsin-Platteville defeated Hope College 69-56 and had a perfect season.

In 2001, Ryan was named the 13th head coach at the University of Wisconsin. In 13 seasons, Ryan has yet to have a losing a record and has made the NCAA tournament every year, including an impressive run to the Final Four last season.

His leadership skills have earned him recent recognition on ESPN’s “Top 50 coaches” list as the 7th best college basketball coach.

“Leaders are made based on your experiences when you are young, how you handle tough situations and how you bounce back from adversity,” Ryan said.

His hard working mentality has allowed him to be in the position he is today.

“Growing up I was always the youngest kid in my class, because I started the first grade when I was four years old,” he said. “I always had to run a little faster, work a little harder and be a little tougher because when you are the youngest some things are stacked against if you let them.”

Ryan would like to be remembered for turning the basketball program around during his time at Wilkes. He hopes to inspire other students from his success and to give students something to strive for.

“I wasn’t born with a silver spoon in my mouth, and I put in the hours to get where I am today,” he said.

For this week’s trip back to Wilkes-Barre, Ryan is looking forward to seeing all of the campus changes since his 2003 visit. ▲