Getting to know: Kendra Croker 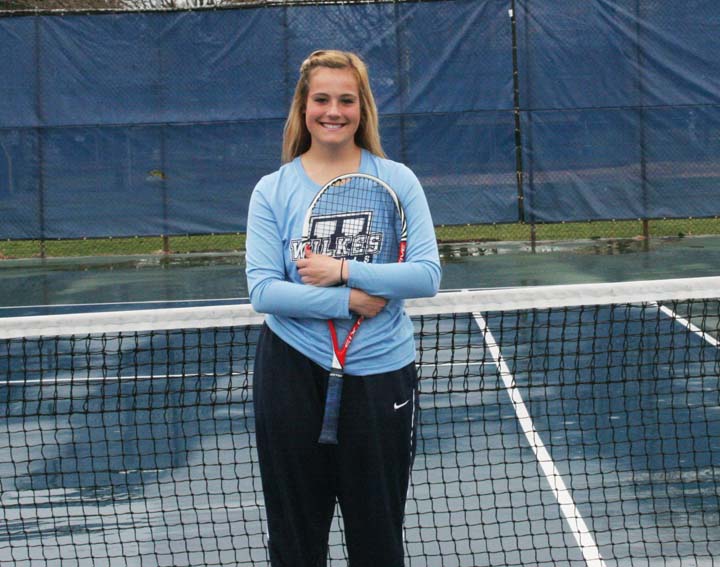 Meet Kendra Croker, a freshman tennis player majoring in biology pre-med at Wilkes. Kendra is from Old Forge and attended Scranton Prep High School. In the fall season, she went 6-1 and claimed the MAC individual title at the No. 2 position.

How long have you been playing tennis?

I have been playing tennis since I was in kindergarten. My parents got me into tennis as they played collegiately at the University of Scranton.

Who has been your biggest influence so far on your tennis career?

One of my biggest influences has been my Uncle Kenny. My junior year, I had surgery to repair my torn ACL, MCL and Meniscus and he helped me get back in three months. He is a doctor so we did intensive training and therapy to help me recover and get back quicker.

How did you tear your ACL, MCL and Meniscus?

I got injured up in a ski accident up at Montage Mountain, which is not far from here.

I would have to say that it was probably when I got fourth at states for doubles my senior year with my partner, Grace.

What have been some of your accomplishments as a tennis player?

I won a couple of district titles in singles and doubles in high school. My team won districts all four years, and we appeared in states all four years. I was named player of the year my junior year by the Times Tribune. I was also named athlete of the week a few times for my school.

Why did you choose to come to Wilkes?

Who is your favorite tennis player?

What are you looking forward to most at Wilkes?

I am looking forward to going to nationals, which is in Tennessee, and our team usually goes there every year. I am hoping I get to go there this year with the team. I am also looking forward to bonding as a team and getting to know all my teammates better.

What do you want to do with your major?

I aspire to be a doctor one day, but I am not sure what kind of doctor yet.

How has your time at Wilkes been so far?

I love it here and I am looking forward to the next three years here. I love the fact that everyone is so close on the team. There really is not one thing that I do not like about this school. I have made some great friends here and love that I can see them every day.