Getting to Know: Matthew Reese 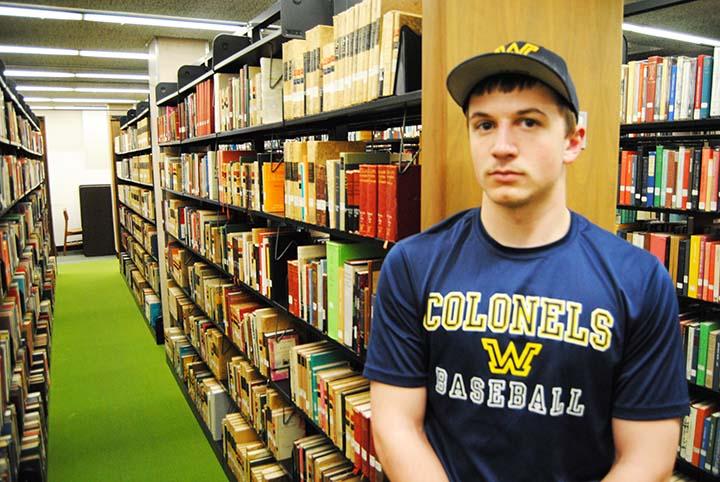 Q: What brought you to Wilkes University?

I actually was working out for baseball at my local high school field with an employee of Wilkes University, Jamie Miller. He asked me how my college decision was going and I told him I hadn’t decided quite yet. He encouraged me to come down and visit Wilkes. On my visit I really enjoyed the atmosphere and community here.

What’s your favorite part about the university?

My favorite part is the small community and the ability to know many of the people on campus.

What do you study here?

I am currently a math major but I am likely switching to sport and event management in the fall with a minor in economics.

What would you like to do with the sports management major?

A: My dream job would be a general manager of a professional sports team but realistically a job as an athletic director of a high school would be what I’m looking for. Any area that deals with sports in general is what I am looking for.

What’s your favorite part about being on the Wilkes baseball team?

My favorite part is just the guys on the team and the family we have. We are all really close and spend a lot of time together.

How much of a shot do you think you guys have going into the conference schedule?

I think we have a good shot as long as we play well. Our staff has been throwing well and our offense is coming around. If we win the games we should and can be right in the playoff mix.

How do you see yourself fitting into the lineup in your first year on the team?

I think that coach is going to play the players who are playing well. The season is too short to not play the hot player. I think that whoever is playing well will find their way into the lineup.

What goals do you have for yourself this season?

A goal of mine is to work myself into the lineup regularly and help this team make a run into playoffs. Everyone’s goal is to win and I would like to contribute in any way to help.

Have you always been a short stop?

While I was growing up, I played both second base and short stop. When I reached high school, I became primarily just a short stop.

What’s your favorite part about the position?

My favorite part about short stop is being the leader on the field. I enjoy the responsibilities taken on by the position

What made you want to play short?

I was placed their in Little League, and I have grown to love it. I didn’t really have an option of where to play. My little league coach put me there and that’s where I have primarily played ever since.

How was your high school career and where did you play at?

I played at Wellsboro Area high school where I was a four-year starter. We had a rather successful run while I was there. My freshman year we were district runner-up which is the farthest any baseball team from my school had made it. We never made it that far again but we did make playoffs every year. The biggest individual accomplishment was being named first team all-state following my senior season.

My role model my entire life has been Derek Jeter. I love how he plays the game and how he is quiet off the field as well. He is a great player but he doesn’t have to tell people about it. He takes care of business on and off the field.

Are you sad to see him go?

Very sad, but he knows his body and emotions have had enough and I respect his decision.

I’ve always been a Yankee fan mostly because of Jeter.

How do you think they’ll do this year?

Hopefully well. I think it’s about time that they begin building up their farm system. They only have about four players who project to be major league level talents. Eventually that will catch up with you.

What’s your opinion on A-Rod?

I mean technically he’s never had a positive test so I think the suspension may be a little excessive, but I’m not a big fan of him anyway.