Getting to know Kelsey Yacko 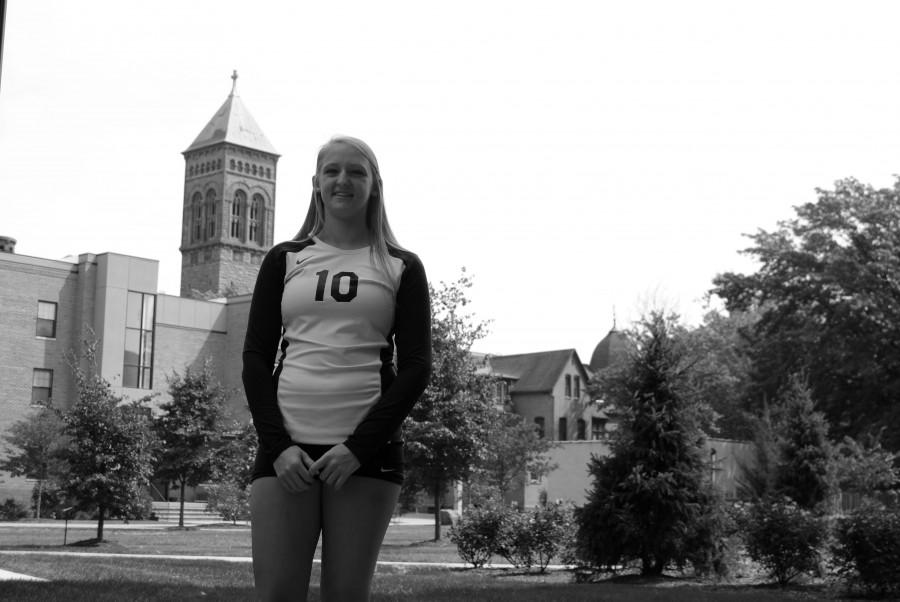 Kelsey Yacko is a freshman nursing major from Shamokin, PA. In high school she was selected to be on the all-star team. In her time at Shamokin she holds the school record in kills with 956 and also the school record in blocks. She is hoping to have a great year and looks forward to playing Volleyball at Wilkes. Kelsey took time to sit down and talk to The Beacon to introduce herself to the students of Wilkes University.

How long have you been playing Volleyball for?

I have been playing for five years, so basically since freshman year of high school.

What is your job as Middle?

The middle is mainly used for blocking all three front positions. They often hit the ball right as the setter is setting it to quickly attack and catch the defense off guard.

How does it feel to be a freshman on the team?

It feels a little intimidating because I am so young and inexperienced to the upper classman, but it also feels great because I am part of the team and will one day be in there spots.

Who had the biggest influence on you to start playing Volleyball?

My high school volleyball coaches really encouraged me to play and have had the biggest influence on me to continue playing in college.

What made you choose Wilkes over other schools?

I really chose Wilkes because of the nursing program, and also for their Volleyball team.

Do you have any pregame rituals?

Not really, basically I just listen to music, relax and try not to get nervous.

Is there a certain type of music you listen to?

I know it’s early, but how do you like playing for the team so far?

I love our team so far, we are a pretty close group for a team. Majority of the time we all get along.

Do you have any goals for the team this year?

To go farther than what they did last year. I believe last year they finished third in the conference, and I am pretty sure everyone including myself wants to finish in first place.

Are there any goals you have for yourself?

Mainly I just want to get better at my position and contribute to the team in a positive way.

What are your favorite TV Shows?

The two shows I like to watch are Friends and Breaking Bad.

Where do you picture yourself in ten years?

Moving out west being a nurse and having a family.