Valentine’s Day is this week, and with it, every sappy love movie is sure to be on top of the que of flicks to watch.

The princess wakes up, Rose never lets go and the millionaire ends up with the “lady of the night” with a heart of gold and a giant smile.

It is all a bit old, so this Valentine’s Day be sure to avoid the cliché and check out these unconventional love stories.

Chasing Amy (1997)- A bit on the older side for some, “Chasing Amy” is Kevin Smith’s (“Clerks”, “Red State”) third film, and in my opinion, his most touching.  After reading a bad review for his second movie “Mallrats” that claimed the director was nothing but a “big softy”, Smith decided to go ahead and pour out his more sensitive side into “Chasing Amy”

Now a word of caution, a sensitive Kevin Smith movie has more thought provoking material to discuss, but it still all comes from a certain twisted perspective. It is rated “R” for a reason, but underneath the foul mouths and dirty minds still lays a million dollar heart.

The movie stars Ben Affleck, (“Justice League”, “The Town”) Jason Lee, (“Dream Catcher”, “My Name is Earl”) and Joey Lauren Adams (“Big Daddy”, “Dazed and Confused”) It is their chemistry, guided by Smiths vision, that really makes this movie something special.

Affleck and Lee play comic-book creators from NJ whose lives collide with Alyssa Jones (Adams) at a comic convention in NYC. Holden McNeil (Affleck) falls head over heels for Alyssa, but has his hopes of a new relationship are instantly smashed when he finds out she’s a lesbian.

I won’t spoil the ending, but it is probably not what you think. This movie strays so far from the conventional path that a “standard Hollywood ending”, just wouldn’t be fitting for this movie.

It was pretty edgy material for the time, and even by today’s standards has a scene or two you wouldn’t want to watch with your folks, but it still manages to make you feel good at the end while bringing you a better sense of what “true” love is.

Crazy, Stupid, Love (2011)- Another star-studded cast brings this excellent story to life in what is my favorite romantic comedy of the 21st century.

Everything about this movie is just absolutely charming, and always leaves me feeling warm and toasty after watching it. It’s the type of movie that just makes you feel like anything is possible, and this little blue rock in the solar system actually might be worth living on.

Carell and Moore play characters that have been together since they were 16 and find themselves in a stale marriage. An act of infidelity sets the story in motion and though you may think you know what is going to happen, this is another movie that does not follow the standard.

I pride myself greatly on being able to break down movies elements that allow me to predict what is going to happen before it happens, and this movie caught me right on my behind with a twist I really just didn’t see coming.

“Crazy, Stupid, Love” may not end in a way you would expect, but shows a different perspective on a love story.

Deadpool (2016)- That’s right, the “merc with a mouth” makes the list just one day shy of his theatrical release. Though the movie features hardcore violence, language and nudity, at its core, it really is a romance.

Wade Wilson, played by Ryan Reynolds (“The Hitman’s Bodyguard”, “Van Wilder”) falls in love with Vanessa, Morena Baccarin (“Spy”, “Gotham”), and goes to extreme measures by trusting Francis aka Ajax, Ed Skrein (The Transporter Refueled”, “In Darkness”) to cure his aggressive form of cancer. Turns out trusting a guy with an alias in an underground laboratory was not the smartest move, as Ajax (Skrein) goes on to double cross our hero, forcing Wilson (Reynolds) to assume an alter ego of his own, Deadpool, and hunt down the man who crossed him in order to set things right.

Through all of this drama Deadpool is able to break the fourth wall, being able to acknowledge the audience, just like in the comics. Not since Ferris took his day off have we seen this many fourth wall breaks, and Deadpool even gives Mr. Bueller a shout out in a post credit scene in which he also teases a sequel.

That sequel is practically around the corner now, with its first teaser trailer dropping during “The Big Game”. Though the sequel has not been given an official title yet, it has been given a release date of May 18th 2018. The sequel will be introducing another famous Rob Liefield creation to the movie universe, Nathan Summer aka Cable. Played by Josh Brolin (“Men in Black III”,”No Country for Old Men”), Cable is a time traveling, butt kicking, one metal-armed man from the future who has a long-standing relationship in the comics. If the sequel is half as good as the original, then it is going to be a rip roaring good time.

Make sure to go out and watch Deadpool, or any of this week Nicks Flicks Picks to have yourself a Happy Valentine’s Day. 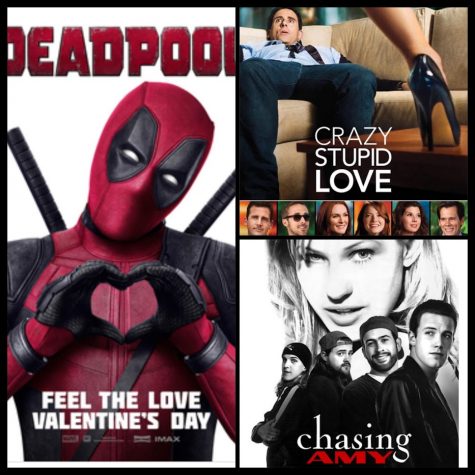