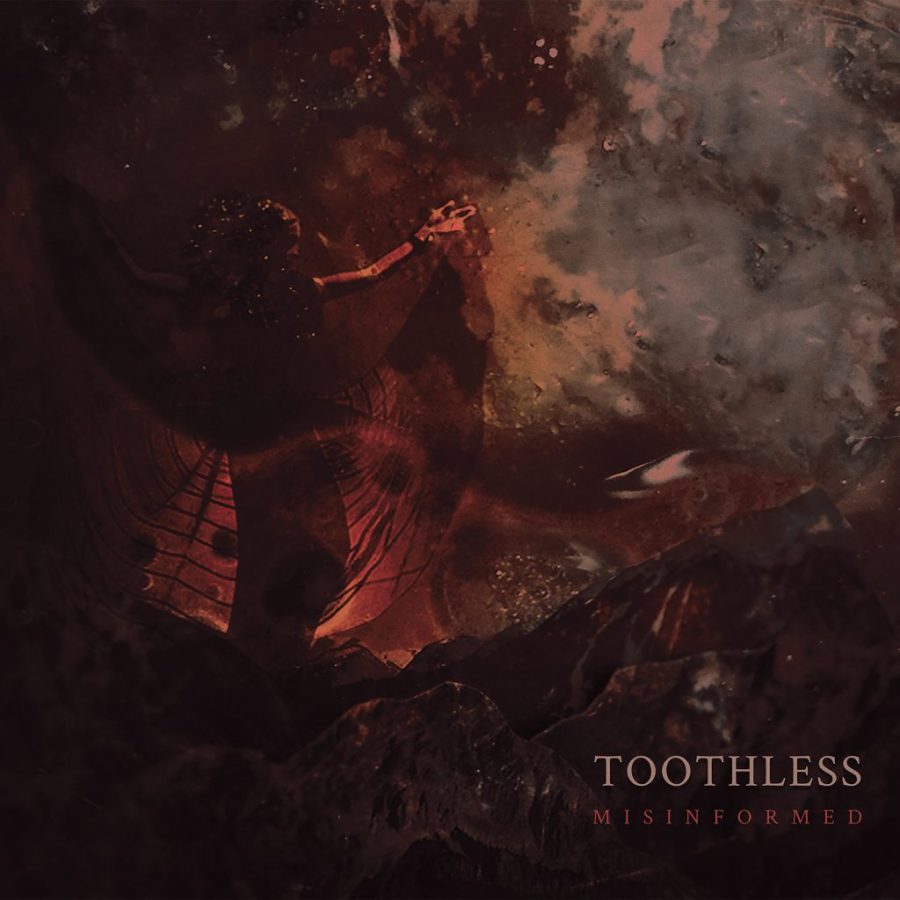 The local guys from the metalcore band Toothless are back with their third EP: Misinformed. Hailing from right here in Wilkes-Barre, the lineup consists of vocalist Travis Antoniello, guitarist Brian Zannetti, drummer James Slattery and bassist Eric Novroski. The EP was released on May 5 and explores themes of obsession with anti-intellectualism and the weaponizing of disinformation in the modern age.

Toothless takes their inspiration from a slew of bands ranging from The Dillinger Escape Plan, Norma Jean, Every Time I Die and Converge. The band has seen a steady progression in sound and musicianship across their three EPs. Here they do a good job of pulling from their influences to create their own sound. If the album art is any indication, this is their best yet.

Misinformed opens up with “The Neighbors,” a track absolutely dripping with vitriol. The slow chugging march of guitars mixed with Antoniello’s screams make an intriguing opening before Slattery ups the ante with his manic drumwork. I like what Zannetti is doing here with his guitar when things start to speed up; it sounds almost like a series of manic, high-pitched tremolo picking.

The main riff that pops up a minute and a half in is an absolute earworm, and the atmospheric guitars that appear in the background when the riff progresses accent it very well. Slattery is a highlight here, his drum fills are energetic and fit in well with the dynamics of the song while also not being showboaty. The song comes full circle at the end when it returns to its original riff to close it out.

“Grinner” is the shortest and the most chaotic of the three songs, and it also features guest vocals from Justin Bonitz of Tallah and Hungry Lights. The opening 30 seconds just screams vintage Dillinger and I love every second of it. The following riff is a super cool progression that sounds like it’s straight out of tech-death metal. Then we have some brief solo mathcore wizardry from Zannetti and Novroski.

And then Bonitz jumps in, and he just sounds ferocious. He has a distinctive vocal style and his switching between highs and lows really just add an extra set of dynamism to the song. Zannetti then does some cool rapid tapping for a short time as the song’s tempo slows down before each instrument refrains.

“Timeline: Eroded” is the third and final track and clocks in at just above five minutes. Antoniello has some impressive cleans before he switches into his aggressive screams as the instruments remain sludgy but hard-hitting. The riff that pops up at 2:38 is probably my favorite riff on the whole EP. The song closes with a full minute of dark piano melody, and it gives the EP a refrained and unsettling conclusion. There’s a lot of tempo changes going on in this song and it helps make it the most dynamic on the EP.

The EP was produced, engineered, and mixed by Greg Thomas and Christ Teti from Silver Bullet Studios and mastered by Bill Henderson from Azimuth Mastering. They did a great job with making the EP sound rich, and they get a gold star for making Novroski’s bass clearly audible in the mix.

Each of these tracks are intense and have their own distinctive atmospheres. Toothless forgoes quantity in favor of quality here and they certainly do not disappoint. I am eager to see their continued progression and where they go from here.