A Looking in View: Testament – The Legacy 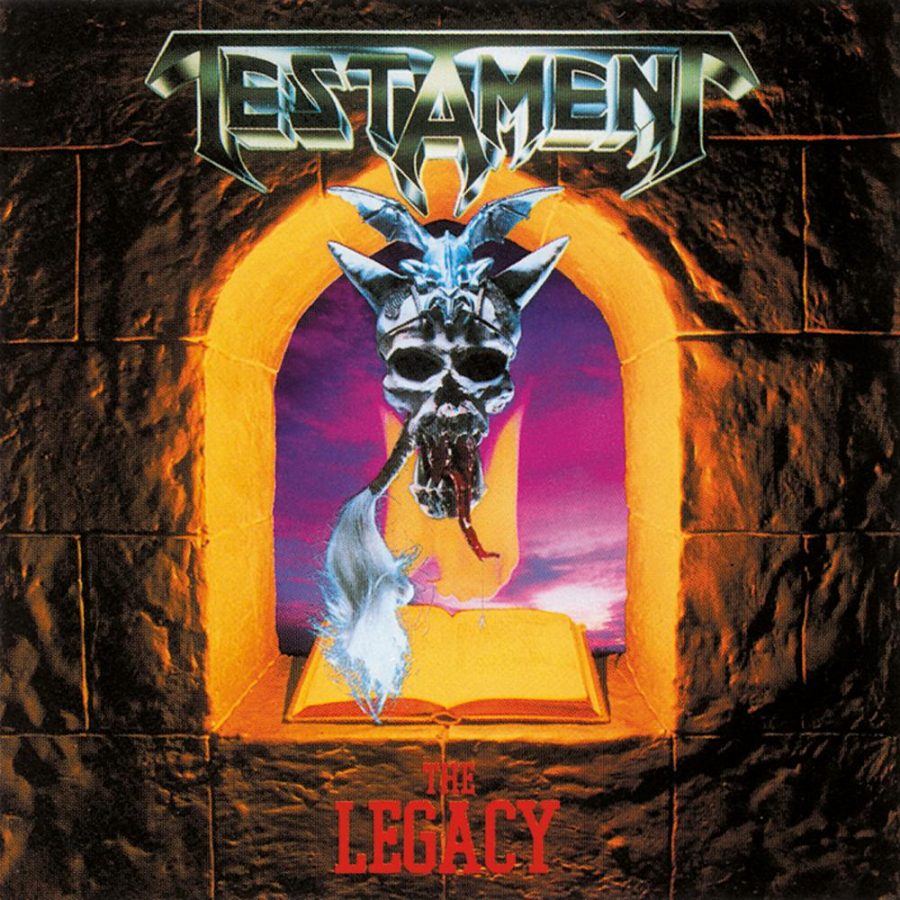 Whether undeserved or not, Testament was always the thrash metal band that was acclaimed in their own right, but just outside the periphery of thrash metal’s true legends. We all know the “Big Four:” Metallica, Megadeth, Anthrax and Slayer. Some would even argue that Exodus is right up there too, and no one can deny the influence they had in thrash metal’s early days.

Part of it comes from the location. With the exception of Anthrax, all of those bands (including Testament) were from the San Francisco Bay/Los Angeles metal scene, and there were several other solid acts in Death Angel, Forbidden, Heathen, Dark Angel and even death metal pioneer Possessed that came from there.

Simply put, it was a heavy metal hotbed, and Testament did just enough to separate themselves enough from the pack to make a name for themselves, while ultimately just missing legendary status that the Big Four have had. That being said, they were still hugely influential in the development of thrash metal.

This also comes to mind when one is asked to name thrash metal’s most influential albums. Sure, there’s Metallica’s Master of Puppets, Megadeth’s Rust in Peace, Slayer’s Reign in Blood, Anthrax’s Among the Living and Exodus’ Bonded in Blood. Underground fans love Dark Angel’s Darkness Descends, Kreator’s Pleasure to Kill and Annihilator’s Alice in Hell. Where does that leave Testament? Make no mistake, they’re still in the top six.

On this day in 1987 Testament released their debut record The Legacy, an aptly-named legendary album that secured Testament’s place on the thrash metal pantheon. The band had already gone through a major lineup change at vocalist (with Steve Souza going to Exodus), and in this incarnation they had vocalist Chuck Billy, guitarists Alex Skolnick and Eric Peterson, drummer Louie Clemente and bassist Greg Christian.

The album opens up with the riff-tastic “Over the Wall.” There’s furious riffs coming from  Skolnick and Peterson, and Billy’s barks have some weight to them. It’s definitely one of the album highlights. “The Haunting” is a bit more atmospheric with some tempo shifts, but it is also a pretty ripping song in its own right.

“Burnt Offerings” has an incredible melodic opening courtesy of Skolnick, and there’s quite a bit of technicality going on throughout the rest of the track. The riffs here are scale-driven and it helps contribute to a cool, yet creepy atmosphere. “Raging Waters” is a faster track and a fan-favorite. Billy’s vocals sound particularly powerful here.

“Curse of the Legions of Death” is two and a half minutes long and is arguably the fastest and most aggressive song on here. It’s filled to the brim with volatile riffing and is a great example of the Bay area thrash sound. “First Strike Is Deadly” is Testament’s biggest song here, and part of its popularity definitely stems from its chorus. It is a phrase that has essentially become one of Testament’s slogans, and it is a popular shout during live performances. The song itself is an absolute classic and it almost reaches Slayer-level intensity.

“Do or Die” is a more mid-paced song with a catchy shout-along chorus. The riff progressions in the middle of the song are among my personal favorites on the whole album. “Alone in the Dark” has an incredible guitar intro before going into another mid-tempo thrasher. Billy sounds great here and it’s another catchy song.

The final song here is “Apocalyptic City,” with yet another incredible Skolnick intro before promptly jumping into thrash metal fury. It is an  excellent song to close the record with, and it forms a fearsome one-two punch with “Along in the Dark.”

Billy sounds incredible the whole record. He’s noted for having one of the widest ranges in thrash metal, and his style here is absolutely wicked. He has plain singing, banshee screams, gang shouts and death metal growls. Clemente is a capable drummer and he has several vicious passages here, but he is quickly outclassed once Testament is able to lure the services of Gene Hoglan many years later.

Thrash metal is guitar-driven so it’s no surprise that the highlight here is the guitars. Skolnick and Peterson form a fearsome one-two punch, and arguably one of the best duos in thrash metal. They play well to each other’s strengths. Peterson is completely unhinged and plays wicked death metal-style riffs. Skolnick is unique in the fact that he’s classically trained, and he has a more laidback lead-driven style. Honestly, the leads on this album are unique and recognizable, and that’s all on Skolnick. He’s arguably the finest thrash metal guitarist in the game (sorry Gary Holt, you’re pretty close).

Christian’s bass here is solid if unspectacular. It’s not until later albums where he truly gets to shine. The lyrics here are more interesting however, covering a wide variety of topics from paganistic rituals, breaking out of Alcatraz, arson, the Bermuda Triangle and demons.

The Legacy is right up there with the other iconic thrash metal albums. In my opinion, it’s one of the more interesting listens and it’s a bit more easier to digest than some of the rougher stuff from Slayer and Exodus. However this is still an intense listen, and it’s definitely one of the more unique offerings in the thrash metal catalog.