A Looking in View: Blind Guardian – Follow the Blind 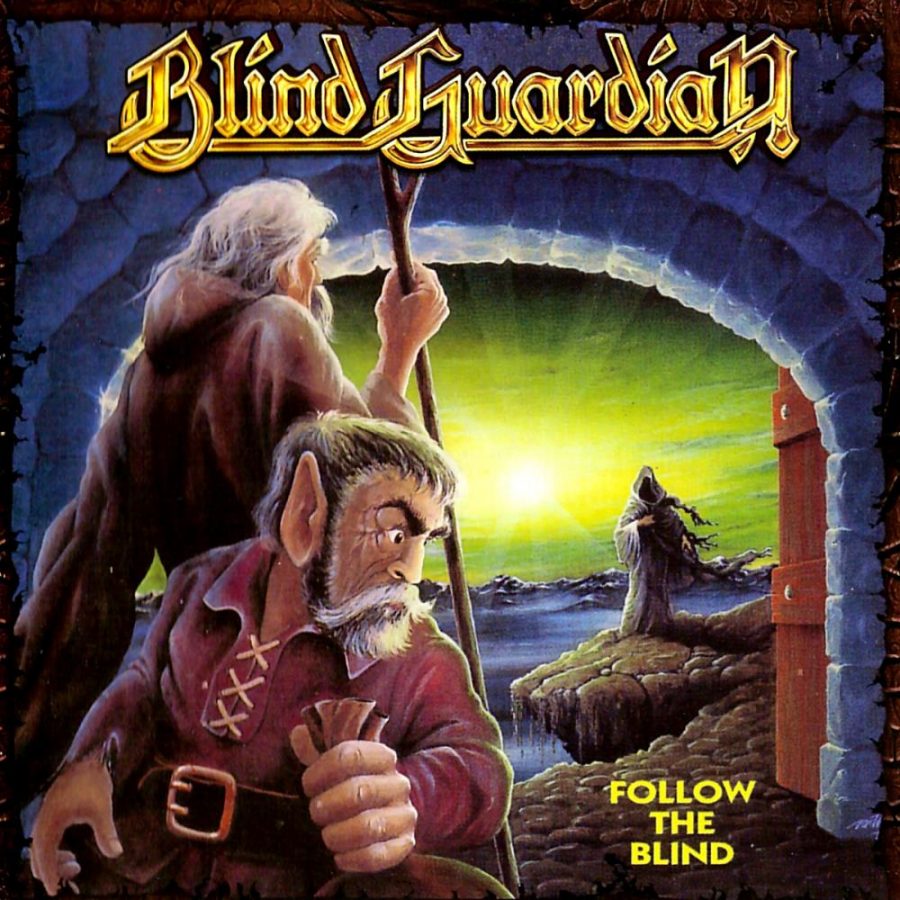 Of all of the power metal bands that would come into prominence in the late 1980s, Blind Guardian could arguably be considered the most forward-thinking of them all. One of several hugely influential bands from the power metal hotbed of Germany, Blind Guardian was formed in 1986 by bassist/vocalist Hansi Kürch, guitarists André Olbrich and Marcus Siepen, and drummer Thomen Stauch.

Their debut Battalions of Fear was an instant classic, and they later released two iconic power metal albums in Somewhere Far Beyond and Imaginations from the Other Side during the 1990s. Like their fellow countrymen Helloween and Gamma Ray, they were noted for always putting out consistent material.

On this day in 1989 they released their sophomore album Follow the Blind. Much like Blind Guardian themselves in comparison to their countrymen, their sophomore release can be considered underrated compared to the rest of their discography. Granted, it is still an important album in the early formative years of power metal.

On Battalions of Fear they had a raw proto-power metal sound, taking the template from bands like Judas Priest and Iron Maiden and simply playing it faster. They took this speed metal sound and amplified it further on Follow the Blind, playing furious tempo songs interspersed with the occasional folky keyboard. The speed here is almost thrash metal-like, minus the aggression.

That sounds like an oxymoron but it actually isn’t. It’s possible to play metal at a fast speed without it sounding aggressive. In power metal, bands aim to have a sound that is triumphant, epic or fantasy-like, whether it’s from the instrumentation or vocals (usually both). They also play a lot of songs on a major scale, which makes them sound more “happy.” Thrash metal, on the other hand, stays more true to its gruff influences from punk.

Back on topic, Follow the Blind shows power metal in its early hybrid stages. There is a lot of youthful vitality and energy here, which helps to balance out their relative inexperience. It is clear that this early in their career they have not reached their songwriting or lyrical capacity, but they still offer over 38 minutes of pure fun speedy mayhem.

No surprise here, the lyrics here are similar to what’s found elsewhere in power metal. They revolve around epic tales, legends and myths, Tolkien stuff and just about anything fantasy related. It’s somewhat crude and fun-loving here, but rest assured, in future albums the penmanship is much more solid.

The first track is a short instrumental called “Inquisition,” much of which takes inspiration from Monty Python and the Holy Grail. This promptly kicks into the first official song, “Banish from Sanctuary,” an absolute ripper of a track and a staple in live performances. It’s fast, explosive and catchy, and it starts the album off on a high note.

“Damned for All Time” is another roaring track, with drums and guitars flying at the speed of light. Were the production muddier and the vocal gruff, ths would definitely be an early Exodus song. The title track is a longer seven-minute song, and it shows the band experimenting with tempo changes and acoustic guitar interludes. It’s the slowest song on the record but also its most interesting. It offers an interesting glimpse into Blind Guardian’s future direction, and the band would become much better at writing songs like this in the future.

“Hall of the King” is another fast song. You might be noticing a trend here. The instrumentation is great but the lyrics are clumsy. It’s a super fun song to listen to though. “Fast to Madness” starts off somewhat slow before promptly ripping into a sonic thrash attack. It sounds a lot like Gamma Ray. “Beyond the Ice” is an awesome instrumental, progressing through numerous guitar leads and melodies. It really showcases the dynamic duo of Olbrich and Siepen.

“Valhalla” is arguably the most iconic track on the album, and it features a guest appearance from Kai Hansen, the iconic future guitarist/vocalist of Gamma Ray (at this point he was still in Helloween). The instrumentation here is absolutely incredible from the three guitarists, and not only is it the best song on the album, it’s one of Blind Guardian’s best songs period.

….Which brings us to the disasterpiece that is “Barbara Ann.” It’s a cover of the hit song by doo-wop band the Regents. It’s not a bad cover by any stretch, but it has absolutely no place on the album. Especially considering it’s the closing song. It takes away from the immersion and is the one clear black stain on Follow the Blind.

Otherwise everything else is pretty good. The guitars are a huge highlight here. They’re slick and fast-picked, the chord progressions are super fun, and they just ooze with youthful vigor. The bass is audible occasionally, but it unfortunately suffers from being drowned in the mix one too many times.

Much like the guitars, the drumwork here is pretty awesome too. They’re thunderous and they sound like they were ripped straight from a thrash metal band. Kürch’s vocals here are different from the style he would employ on later records. Instead of sounding operatic, here he sounds raw and sticks to a more mid-range. He does belt it out in epic fashion on occasion here, but for the most part he stays reserved and somewhat aggressive.

Follow the Blind isn’t Blind Guardian’s best work, but it’s an important early speed/power metal album. It shows where the band was at in their early stage, and it offers but a hint of the operatic epic style they would employ on future releases.