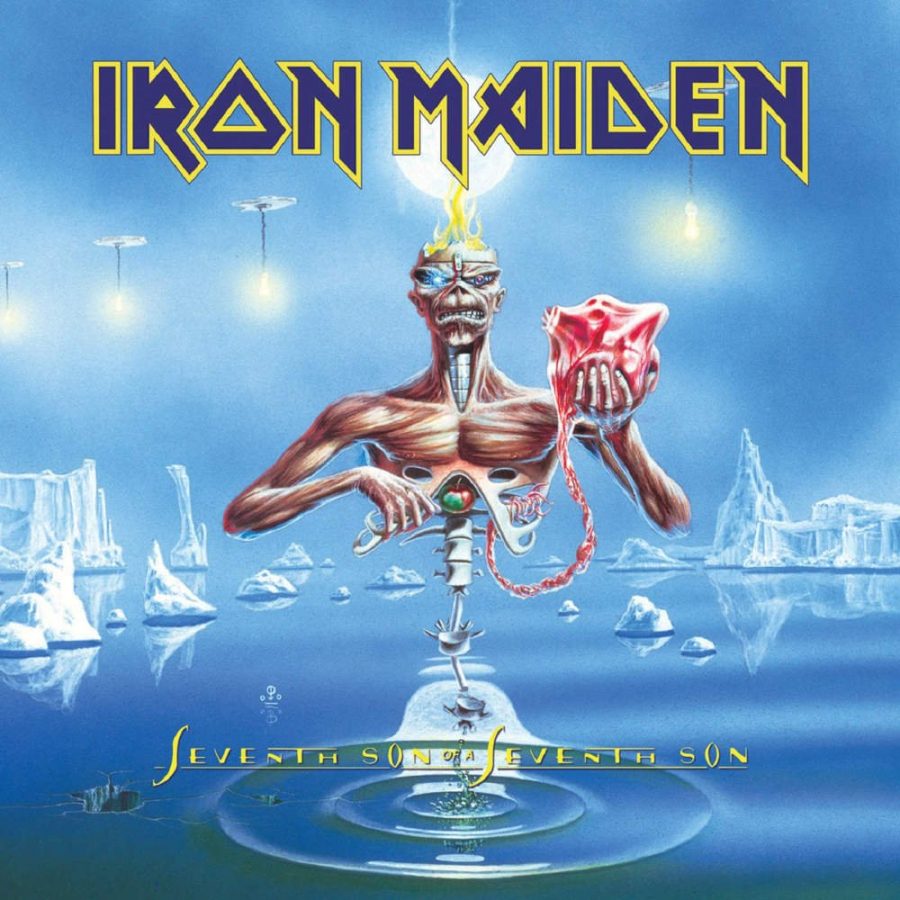 Iron Maiden has had a remarkable track record across their storied career, with a run of consistency that is almost unparalleled. Although somewhat eclipsed by fellow legendary countrymen Black Sabbath and Judas Priest, Iron Maiden is arguably just as notable and influential in the metal world.

The band was formed on Christmas day in 1975 by bassist Steve Harris, and the band saw a revolving door lineup until it settled with guitarists Dave Murray and Adrian Smith, drummer Clive Burr and vocalist Paul Di’Anno. The band started off on their first two records Iron Maiden and Killers in the early 1980s as a metal band with a punk attitude. By their third album Burr left the band and was replaced by Nicko McBrain.

However, under the surface there were progressive tendencies in the songwriting that would occasionally appear, hinting at the signature direction the band would go in once Di’Anno left the band as well. His replacement, Bruce Dickinson, heralded a new era of the band. His operatic vocal style allowed them to fully embrace their grandiose songwriting, and they proceeded to release a slew of legendary albums in The Number of the Beast, Piece of Mind, Powerslave and the somewhat underrated Somewhere in Time.

On this day in 1988 Iron Maiden released the bookend of their legendary run, Seventh Son of a Seventh Son. Although it doesn’t quite have the individually legendary songs that The Number of the Beast and Powerslave have, it is a solidly put together overall album and is a fan-favorite.

The album opens up with “Moonchild,” a live staple with a fun acoustic intro. Not only is it an incredible intro but it’s also very technically sound; there’s a lot going on here. By this point in Iron Maiden’s career that’s not particularly surprising. “Infinite Dreams” also begins on a more calming note and is one of the better ballads Iron Maiden has penned.

“Can I Play with Madness” is another mainstay and is the most catchy song on this record. Dickinson has a particularly good vocal performance here and he is joined by somewhat controversial 1980s keyboard playing in the background. What makes this so controversial? To some metal purists, this is really straddling the line of commercialism – and metal is anything but commercial. At the end of the day, it’s a harmless fun rocker.

“The Evil That Men Do” is another catchy track with a great hook, along with riffs all over the place and incredible solos from Murray and Smith. The title track is about 10 minutes long and is one of the classic long-form epic tunes that Iron Maiden has penned. This one is reminiscent of some of their other longer tracks such as “Rime of the Ancient Mariner” or “Alexander the Great (356-323 B.C.).

However this one is arguably their most interesting, with winding song structures with mood swings ranging from dark and foreboding to exciting and triumphant. Despite its length, it is definitely one of their strongest tracks. “The Prophecy” is a slower tempo song slightly reminiscent of doom metal. There’s some dialogue-esque vocals going on in the middle of the song and it also has a great fadeout close. Dickinson has a great, if not manic, vocal performance here.

“The Clairvoyant” is one of my personal favorites and it has an awesome bass intro from Harris. The guitarwork and solos here are among the best on the record. The final song is “Only the Good Die Young,” a solid speedy but underrated track. It also ends the album with the same acoustic passage it opened up with.

The individual performances here are as strong as any Iron Maiden record. Harris’ signature galloping bass style is prominent all over the mix, and Murray and Smith showcase the longstanding chemistry they’ve both had. McBrain’s drumwork is technical and precise, and he is certainly one of the best drummers to come out of England.

Dickinson’s signature vocal performance deserves a mention on its own. This is among one of his best performances, and he showcases his incredible range all throughout this album. Between him and the shrieks from Judas Priest’s Rob Halford, they are both almost equally responsible for inspiring the legion of a metal subgenre known as power metal.

Not only that, but Iron Maiden in particular is responsible for the song structures often present in power metal. Harmonized guitar leads, fast “galloped” tempos, and historical/literary/fantasy lyrical themes are all hallmarks that can be traced back to Iron Maiden, and many of these can be found on Seventh Son of a Seventh Son.

The lyrics here are what you would expect from Iron Maiden. Namely, these themes include mysticism and mythology and the like. Seventh Son of a Seventh Son has a storyline that is easy to follow and it is essentially a concept album. In essence, the plot revolves around a character who has been given strange gifts due to the circumstances of his birth.

Historically there are some cultures in Europe where they believed such circumstances would result in vampires and monsters. The album follows the namesake character as he struggles with inner conflict as he tries to use his powers to be a good person, but he is ultimately ostracized by the very people he is trying to help.

Seventh Son of a Seventh Son, while not my personal favorite, is yet another one of the incredible albums that Iron Maiden had released. It is unfortunate that this was released at the end of their “immaculate period,” as some of the later material they released often paled in comparison to these five records. Ultimately, they didn’t return to this level of songwriting until Brave New World in 2000. I mean, you could only release the near-perfect album only so many times, right?