A Looking in View: Death – Symbolic 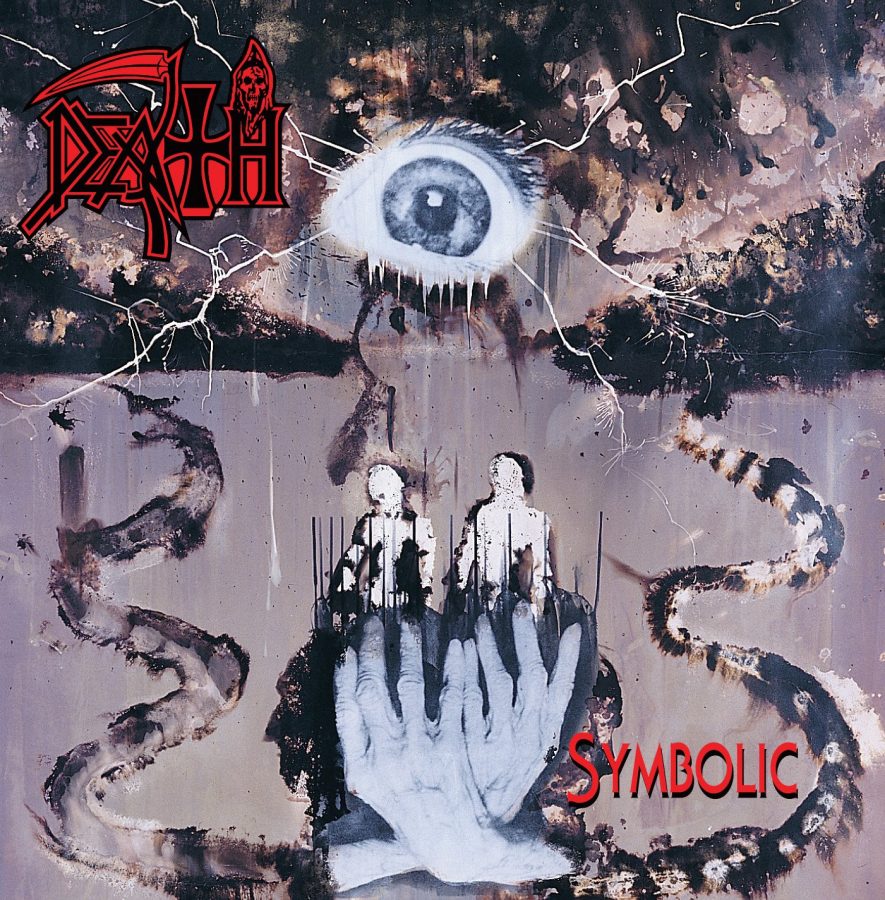 Every so often there is an album that gets released that becomes an instant classic. A magnum opus. A bar raiser. These types of albums often do not have a single poor song on them. Symbolic is one of those albums.

On this day in 1995 Death released what would end up being their penultimate album: Symbolic. The band started off inauspiciously as a progenitor of the soon-to-be Florida death metal scene under the name of Mantas in 1983. They originally began as a thrash/speed metal band that upped their aggression and brutality, which wound up differentiating themselves from heavier thrash bands like Slayer and Exodus. When they released their debut album in 1987, Scream Bloody Gore, they had created a different sound entirely: death metal.

Guitarist and frontman Chuck Schuldiner was always the brains behind this operation. Each album Death released featured a different lineup and a steady progression toward the progressive/technical tinged-metal Schuldiner played late in his career.

In essence, Death was responsible for two movements: the original death metal scene involving heavyweights such as Morbid Angel, Cannibal Corpse and Deicide, as well as the prog/tech death metal scene that included bands like Pestilence, Atheist and Cynic.

The particular lineup on this album featured the “Atomic Clock” Gene Hoglan on drums, Bobby Koelble on rhythm guitar and Kelly Conlon on bass. I can state with absolute certainty that I still have no idea who those last two fellows are, but they absolutely rip on Symbolic.

Before his untimely death in 2001 due to brain cancer, Schuldiner had developed a reputation as a progressive songwriting visionary; arguably nowhere else do those songwriting chops rear their collective head more than on Symbolic.

One thing that sticks out instantly is the guitar tone. Schuldiner’s B.C. Rich Stealth always had a blistering, yet spacey sound, and the production makes it sound almost immaculate. Jim Morris and the mastering team did an incredible job. The guitar work present continues to flatten the listener, thanks to Schuldiner’s great riff writing and technical yet enjoyable solos. There are numerous bands today that struggle to make riffs that are both technical and enjoyable; this was something Schuldiner was able to do with ease.

The songs featured on this album range from face-rippers like “Sacred Serenity,” “1000 Eyes” and “Misanthrope,” to more subdued and progressive tracks like “Empty Words” and “Crystal Mountain.” Other tracks, like album opener “Symbolic,” “Zero Tolerance” and “Without Judgment” are fun songs with plenty of tempo changes and guitar leads all over the place. While “Perennial Quest” has a longer runtime clocked in at a shade over eight minutes, there is plenty going on in the track that makes it interesting. The outro to this song, and to the album itself, is quite emotive and is an odd (but unique) way to end a death metal album.

Despite the guitars being at the forefront, the drums take on quite a prominent role as well. Hoglan, per usual, is no slouch and puts on a clinic. His insanely precise drumwork, intricate drum fills and crushing double bass pedal work ranks among the best performances in his legendary catalog. Newcomers Koelble and Conlon provide great supplemental work on the album. Koelble in particular holds himself quite well and provides fantastic guitar duels with Schuldiner, particularly in “Zero Tolerance.”

Vocally, this is by far Schuldiner’s best performance. Here he largely abandons his guttural-esque death growls with a growled scream style. He has the perfect mix of higher-pitched rasp mixed with enough deepness to still sound like a death metal vocalist. For the most part, they do an excellent job of accentuating particular moments in songs while also being pretty articulate. It is a very distinct vocal style that, as far as I can tell, has never been effectively replicated.

The lyrics are another particular highlight of Symbolic. Instead of singing about traditional death metal themes like gore, death, disease or the occult, Schuldiner sings about… childhood? His lyrics have been on the more philosophical side since “Individual Thought Patterns,” but here they stand out as truly thought-provoking and impactful.

Instead of being over-the-top, needlessly obscure or downright banal, Schuldiner’s lyrics are direct and to the point. Often these are unanswerable questions relating to the nature of God and notions of judgment and perception. On other tracks he gets more personal and elaborates on feelings of isolation and misanthropy.

Since Leprosy, Death’s sound has greatly changed. From the simplistic brutal beatdown on their first two albums, Death had evolved into a more progressive style by the time of creating Symbolic. At this point, Death had become a metal powerhouse and deservedly one of the greatest innovators in death metal. This change to a more progressive style shows not only the versatility of Schuldiner’s musical vision, but the many facets of such a focused and extreme style.

I’m not sure if it’s the riffs, the musicianship or the lyrics that set this album apart from many others. The likely answer is that it’s a combination of all three. Death was always ahead of the curve of their contemporaries, and Symbolic was their shining moment. Schuldiner was able to produce one more album with Death, The Sound of Perseverance, before releasing an album with his side project Control Denied. Symbolic, although his crowning achievement, is just one of the many legacies he left behind.